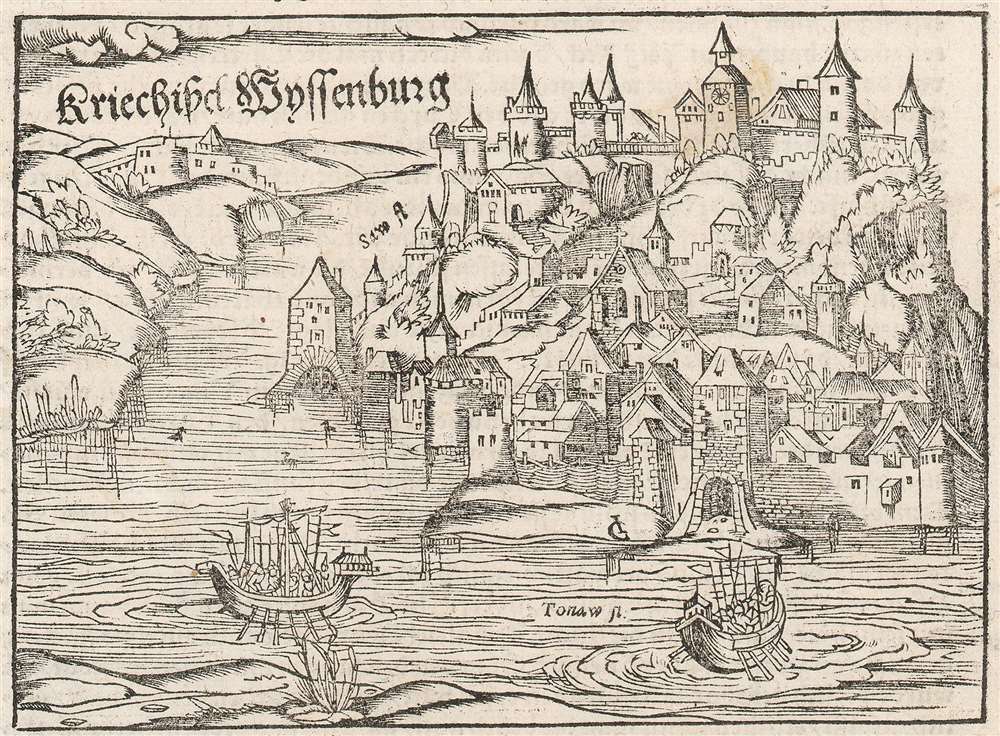 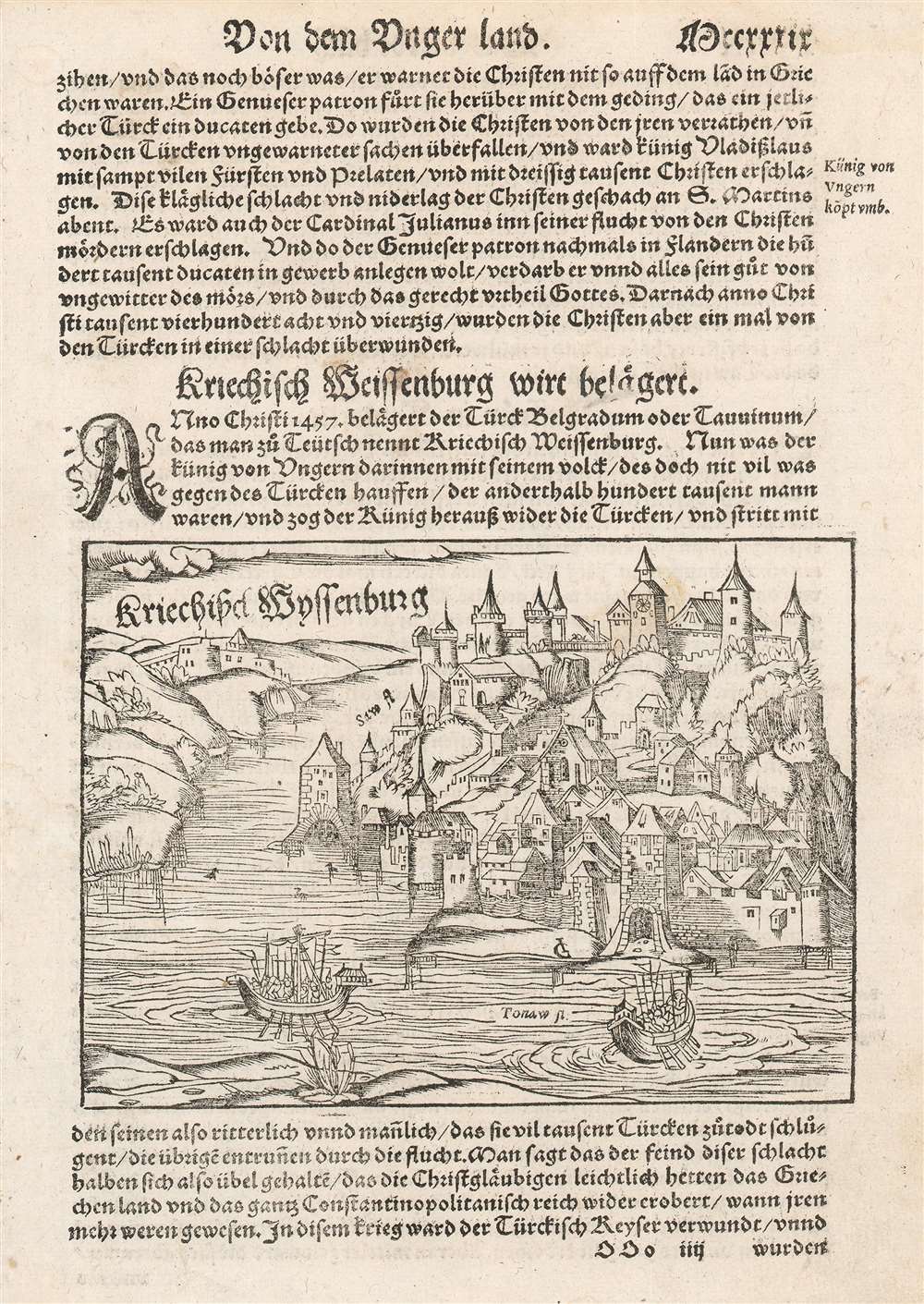 This is a 1564 Sebastian Münster xylographic view of Belgrade - the earliest printed image of that city obtainable.

It depicts the fortified city from across the Danube (here named Tonaw fl). Two boats filled with soldiers appear crossing the river in the foreground. A fortress on the banks of the Sava - an ancillary fortress for Belgrade - is also visible. Münster employs this image as an illustration for the text describing the unsuccessful Turkish siege of Belgrade in 1456, led by Sultan Mehmed II the Conqueror. The irony is that Münster's image is derived from a depiction of an even more recent event, a wood etching by Nuremberg formschneider Wolfgang Resch depicting the 1521 capture of the city by Suleiman the Magnificent. This earlier work, probably executed in 1530, is now unobtainable. When Münster added the view to his Cosmographia, Resch’s etching was the best visual source.

The name 'Belgrade' does not appear; instead, the scholarly German-Swiss Münster uses the term name Kriechisch (Greichisch) Weißenburg, the common name for Belgrade from the 9th - 16th century. The Slavic name Beligrad appeared as early as the 9th century, but only became broadly accepted in the 17th century.

From an Updated Edition

Münster's Cosmographia was first printed in 1544. It was an ambitious attempt at describing, as thoroughly as possible in a single volume, the whole of creation. Plainly, Münster did not consider the work complete with the first edition, and thereafter the work was assiduously expanded. The most dramatically changed edition, printed in 1550, included a great many city views interspersed throughout the work. While most of the woodcut artists, or formschneiders, who produced the images for the book this did not sign their work, many of these city views do include the initials of their creators, and so by the 'CI' cut into the Danube shore we know this to be the work of Iacob Clauser.

This woodcut was executed by formschneider Iacob Clauser for inclusion in the 1550 edition of Münster's Cosmographia, and remained in every edition to 1628. This example conforms typographically with the 1564 German text edition. The book, in its many editions, is well represented in institutional collections. This image is cataloged separately eight times in OCLC, but once only in this 1564 edition. It appears on the market from time to time.


Wolfgang Resch (fl. 1508-1537) was a German formschneider, printer and publisher active in Nuremberg. Virtually nothing is known of his background. He is known (only) for his 1522 firsthand view of the 1521 Siege of Belgrade, the first printed image of that city. Learn More...