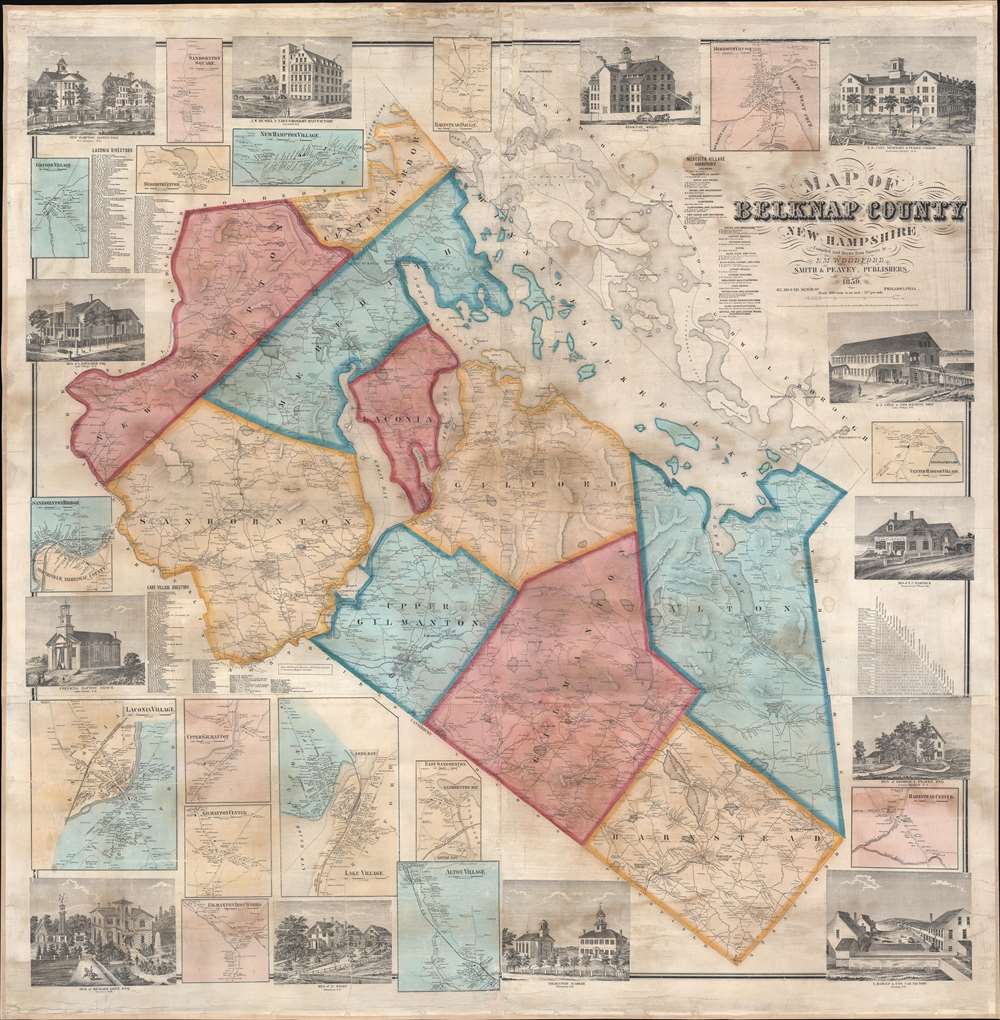 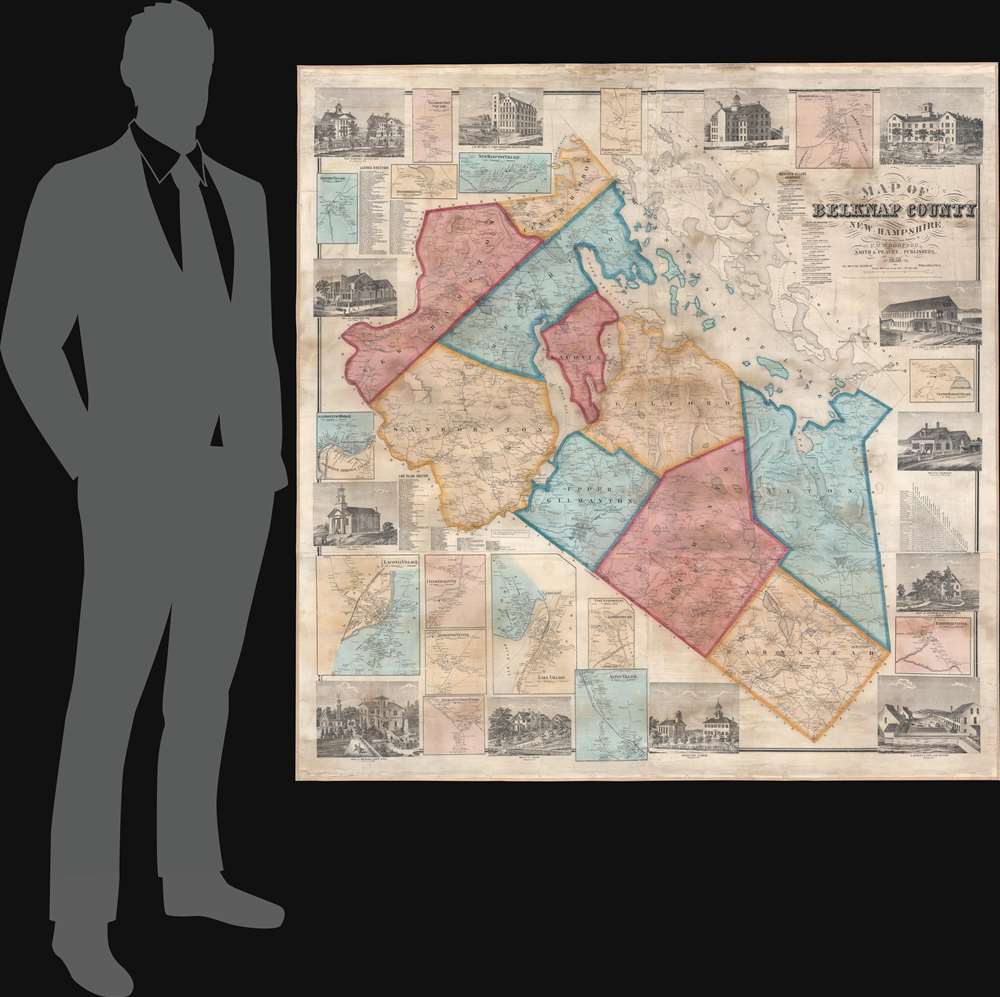 A striking 1859 E. M. Woodford wall map of Belknap County, New Hampshire, embracing Lake Winnipesaukee and the southern tier of the White Mountains - for a generation the largest and most detailed map of this region. Coverage includes all of Lake Winnipesaukee and Belknap County to the southwest. Shading divides the county into constituent townships, with roads, placenames, and topography rendered in hachure. There are 16 inset detail maps, focusing on important communities, and 13 vignette views of prominent homesteads and businesses. In addition to its size and detail, this is most significant for naming thousands of landowners and residents, as well as important businesses, thus offering a unique record of Belknap in the mid-19th century.

This map was issued in 1859 by Edgar Maurice Woodford, partnered with the Philadelphia-based publishers Smith and Peavey. There are two editions of this map, published in 1859 and 1860. The present example corresponds to the 1859 first edition. Examples are scarce. In the OCLC we note just 2 holdings at the Library of Congress and a third at the New York Public Library. Additionally, there is an example at the New Hampshire Historical Society. Rare to the market.

Very good. Full professional restoration. Minor staining near title at top margin. The map is detached form rollers, but we will ship with rollers on request.