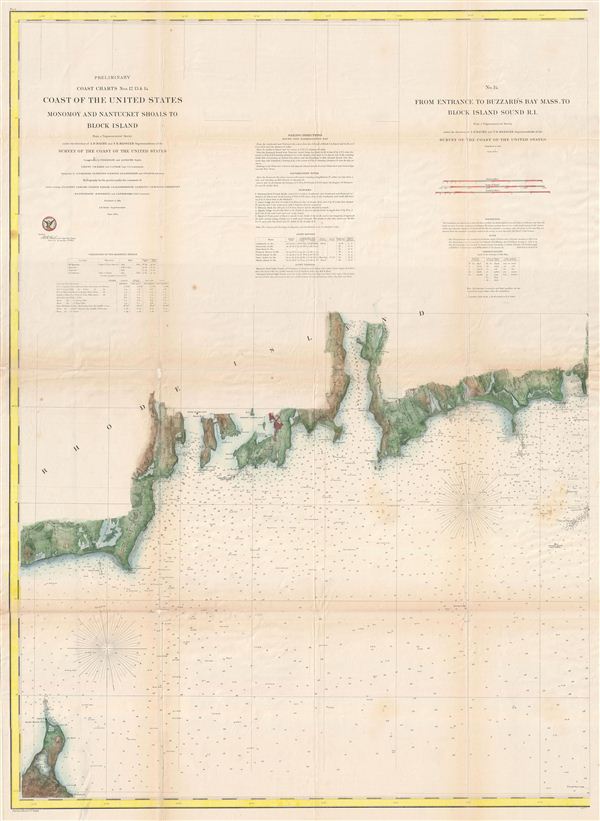 A scarce example of the 1860 U.S. Coast Survey nautical chart or maritime map of the Rhode Island Coastline from Block Island to the entrance to Buzzard Bay, Massachusetts. Includes nice inland detail of the town of Newport. Detailed to the level of individual buildings and roads. Offers innumerable depth sounding throughout. Text in the upper quadrants includes sailing instructions, notations on light houses, magnetic variations, tide and currents. Title of chart in the upper right quadrant. Title for the three map series to which this belongs in the upper left quadrant. The triangulation and topography for this map set was accomplished by a team under the supervision of A.D. Bache, director of the U.S. Coast Survey. engraved by A Hoen and Co. of Baltimore for the 1860 edition of the Surveyor General's Report …