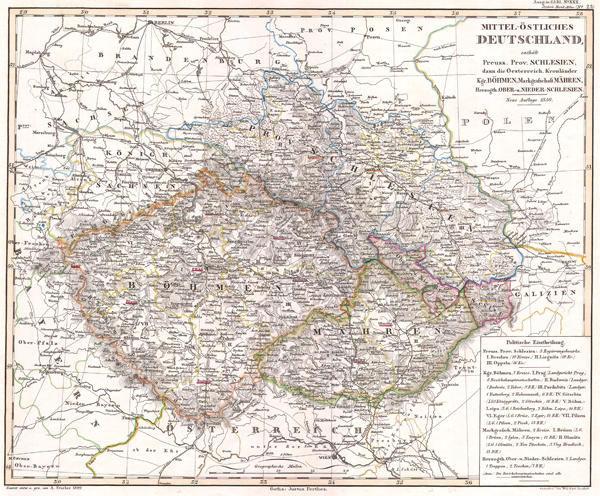 This fascinating hand colored map depicts Bohemia or modern day Czech Republic. Includes Bohmen, Schlesien and Mahren. All text is in German. Issued in the 1850 edition of Stieler's Hand Atlas.