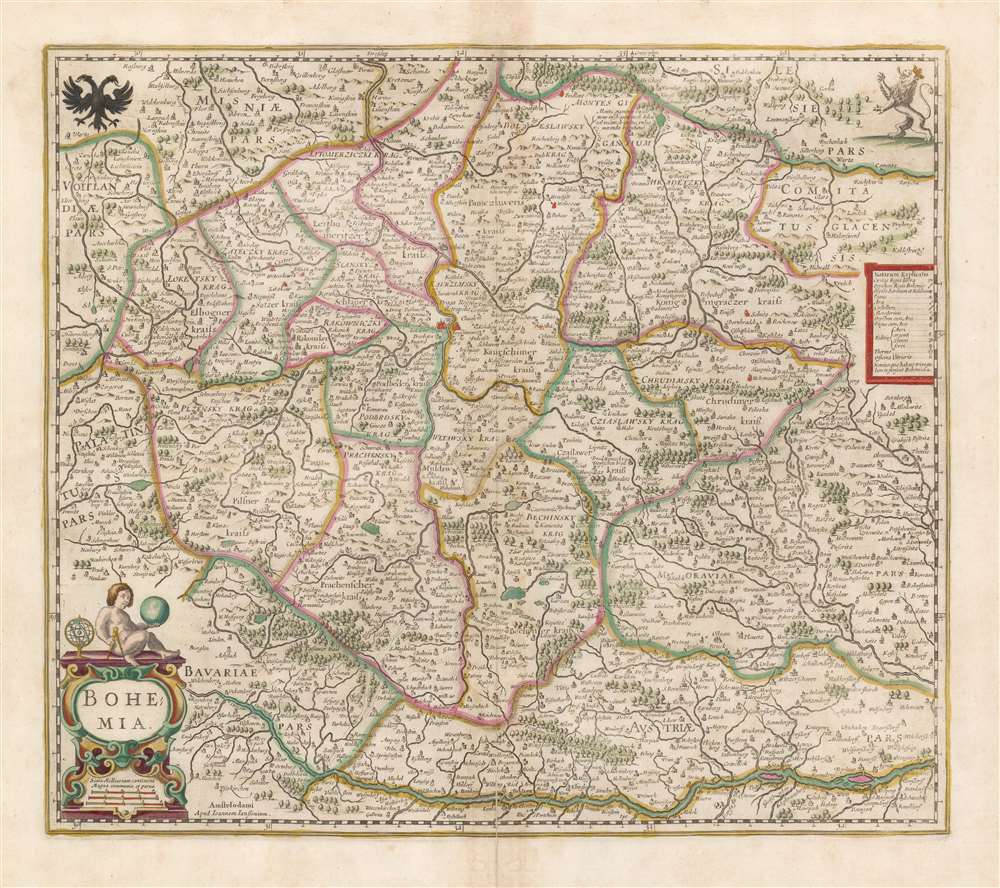 This is a beautiful, original-color 1680 example of Jan Jansson's map of Bohemia, the modern-day Czech Republic, and parts of neighboring Austria, Bavaria, Germany, Poland, and Moravia.

The Danube River forms, in large part, the southern border of the map. Vienna is identified. A legend on the right explains symbols used to indicate forts, cities, and monasteries. Mines are identified as well, with specific symbols distinguishing between gold, silver, tin, and iron. The Giant Mountains are illustrated pictorially and named. Likewise, great forests appear and are identified. The coats of arms of the Holy Roman Empire and the Kingdom of Bohemia are displayed in the upper corners. An attractive cartouche, surmounted with a putto holding a globe and a cartographers' compass, contains the map's title and scales.

This map was engraved for inclusion in Jansson's atlases, first appearing in the French edition of 1639. This example, without verso text, corresponds to the 1680, five-volume Jansson Atlas, which lacked text, containing only the maps. We do not see complete examples of this edition in institutional collections. The separate map we see in nine OCLC listings, in various editions. The map comes on the market from time to time.