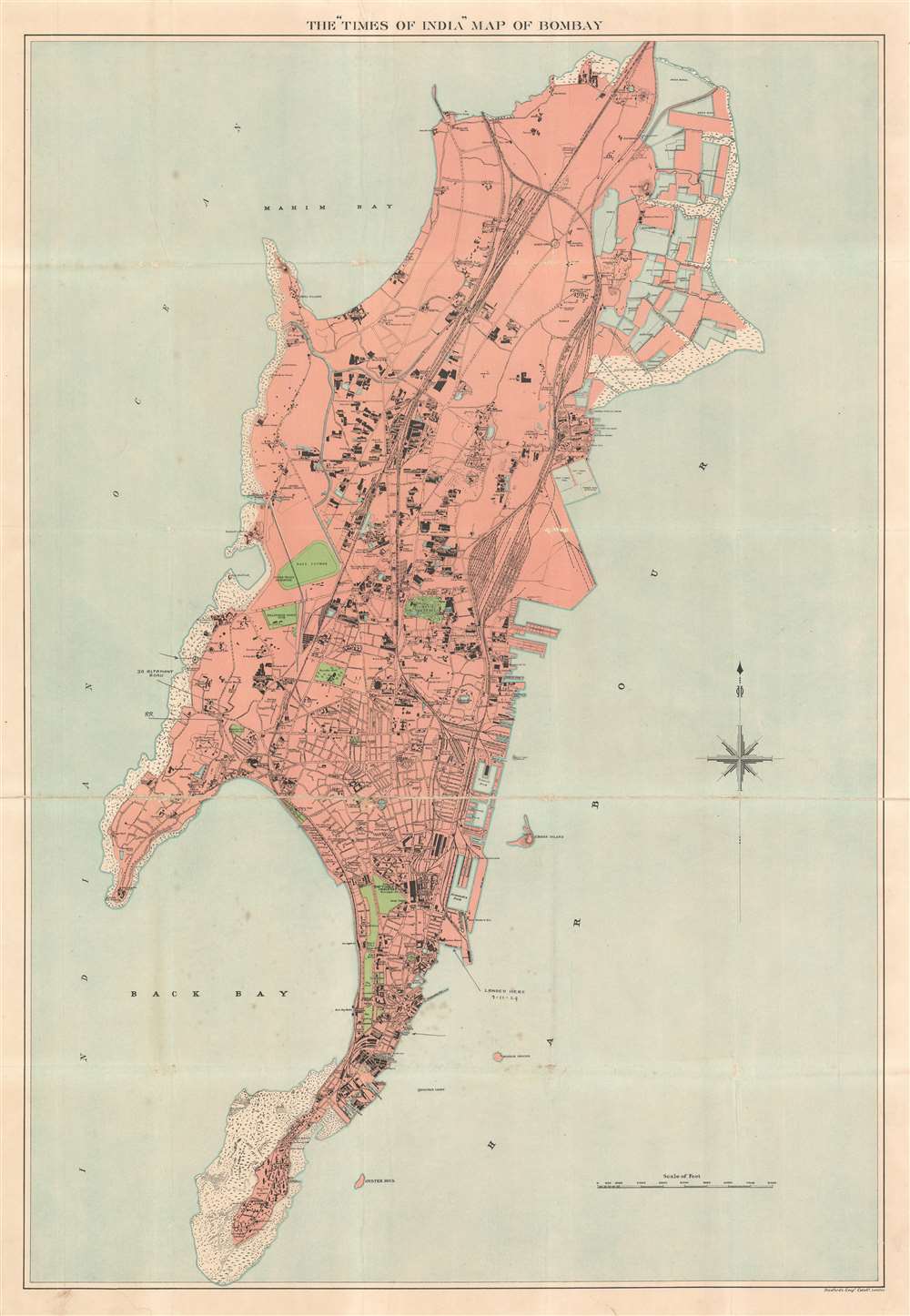 This is an extremely scarce and attractive c. 1895 Times of India map of Bombay (Mumbai), India. The map depicts the Island of Bombay in extraordinary detail and notes numerous individual buildings, rail lines, city parks, and streets. The Victoria Terminus, the mint, the Town Hall, the dockyard, the cemetery, police stations, and the House of Corrections are among the identified locations. Others include Victoria Gardens, and various factories, docks, churches, temples, chapels, social clubs, and racecourses. Oil refineries, including the ones owned by Standard Oil, appear along the right coast near the timber ponds. A handful of manuscript notations mark locations visited by a traveler who arrived on November 7, 1929. These include The Ballard Piere, 30 Altamont Road (on modern day Mumbai's 'Billionaire's Row'), and the Hughes Road railway station.

This map was created by the Times of India and sold by Stanford's Geographical Establishment of London. Unfortunately, unclear cataloging practices make it impossible to know if this map was published in several editions or only one. Examples dated to 1900 are cataloged in OCLC as being part of the institutional collections at Columbia University, the University of Oxford, and the Bibliothèque nationale de France.

The Times of India (fl. November 3, 1898 - present) was founded under the British Raj on November 3, 1838 as The Bombay Times and Journal of Commerce. Initially it was a bi-weekly newspaper offering English language news from Europe, America and the subcontinent. It adopted its current name, The Times of India in 1861 shortly after transitioning to a daily. While originally a British owned and operated concern, following independence, the Times was taken over by the Dalmiyas family. Today the Times owned by the Sahu Jain group, is the world largest daily broadsheet newspaper. The group also own several other major India based publishing concerns. Learn More...

Good. Mounted on linen. Exhibits wear and slight loss along original fold lines and at fold intersections. Blank on verso.