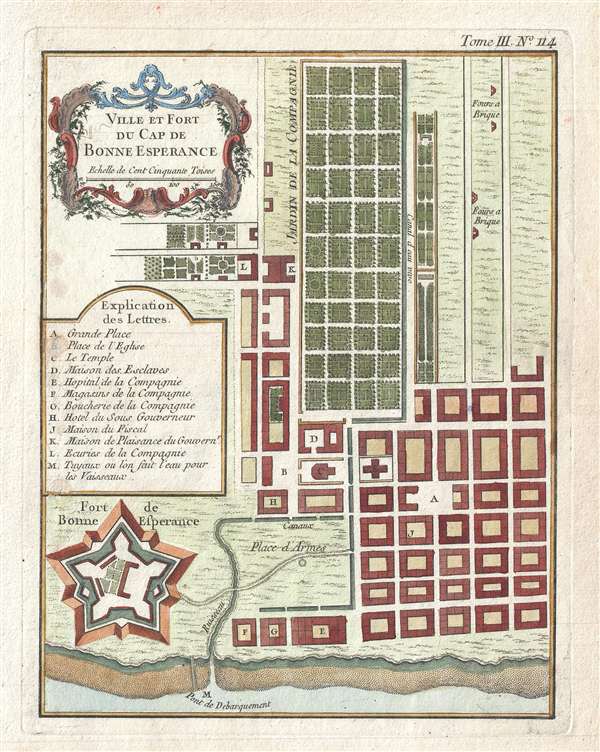 This is a scarce c.1764 plan or map of Cape Town, South Africa by French cartographer Bellin. The map depicts the city and fort of Cape Town in considerable detail with particular emphasis on the identifications of individual buildings and gardens. A key near the left border lists the 12 locations noted on the map. The Fort de Bonne Experance is detailed in the bottom left.

Built in the 17th century, the fort was located on the original coastline of Table Bay. With land reclamations, the current location of the fort has moved considerably inland. It is today considered the oldest existing colonial building in South Africa.

This map was issued by Jacques Nicolas Bellin in c.1764.