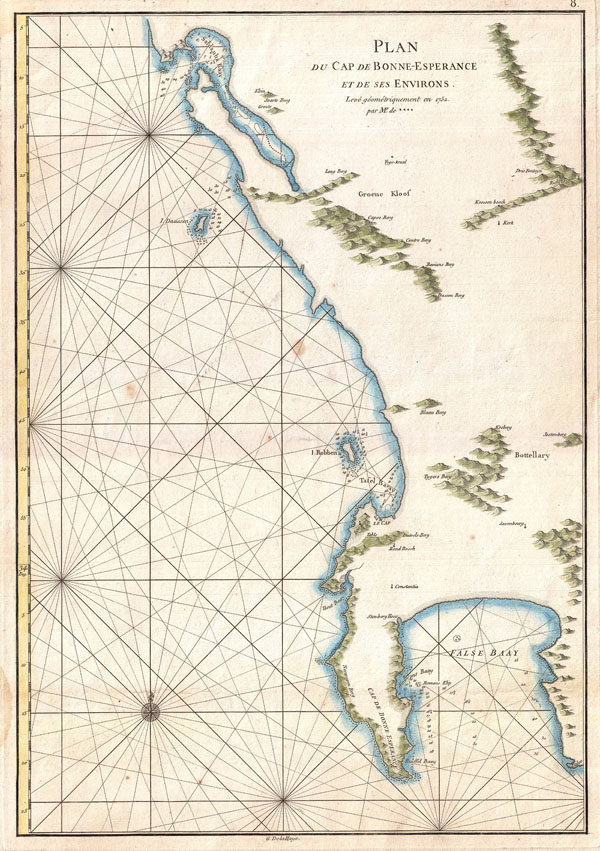 This is a very attractive 1752 nautical chart of the Cape of Good Hope and Cape Town region of South Africa. This maritime map covers from False Bay past the Cape of Good Hope northwards past Cape Town and Isle Robben as far as Saldanha Bay. Offers numerous rhumb lines, depth soundings, and some inland topographic detail. The most detailed sounding focus on the dangers seas around Isle Robben, at the time a notorious prison. Just south of the fort that would eventually evolve into Cape Town, Table Mountain is clearly rendered in profile. Engraved by De La Haye for Jean-Baptiste d'Après de Mannevillette's 1775 Neptune Oriental.

Very good. Minor dampstain to left margin. Original platemark visible. Blank on verso.
Looking for a high-resolution scan of this?