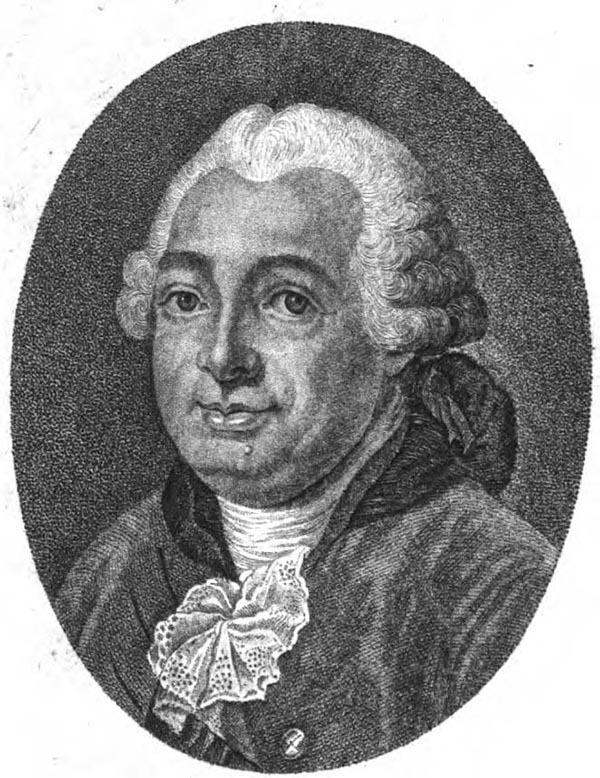 Jean-Baptiste Nicolas Denis d'Après de Mannevillette (February 11, 1707 - March 1, 1780) was a French sailor, navigator, and hydrographer active in the mid-18th century. Mannevillette was born in Le Havre to a family of wealthy seafarers. He completed his first major voyage at 12, when he accompanied his father, Jean-Baptiste-Claude d'Après de Blangy, a captain of the Compagnie des Indes (French East India Company) vessel Solide to Bengal. On his return to France, he he studied mathematics and navigation in Paris under Joseph Nicholas De L'Isle (1688 - 1768) before returning to the sea at 19 as a fourth officer as on the merchant vessel Marechel d'Estrees. Mannevillette himself eventually attained the rank of Captain with the Compagnie des Indes. In the course of numerous voyages around Africa to India and China, Mannevillette collected and revised numerous nautical charts. His sophisticated use of the most modern instruments, most specifically the Octant or English Quarter, and keen mathematical mind, enabled Mannevillette to correct many significant errors common to earlier maps. These updates were eventually compiled and published in Mannevillette's most significant work, the 1745 Le Neptune Oriental. The 1745 Neptune Oriental was commissioned by the Compagnie des Indes and its production earned Mannevillette admission into the Academy of Sciences. The atlas was well received, but shortly after publication, most unsold examples were destroyed by the French Admiralty, who considered the secrets of East Indian navigation too dangerous for dissemination. In 1762 the Compagnie des Indes appointed Mannevillette director of chart at Lorient. In 1767 King Louis XV conferred the Order of St. Michael upon him and made him an associate of the Royal Marine Academy. In the 30 years following his first publication of Le Neptune Oriental, Mannevillette worked doggedly with his lifelong friend, Alexander Dalrymple (1737 - 1808) to update his original work with new and improved charts. In 1775, he republished his opus in a greatly expanded format - by this time nautical information was less tightly guarded. Mannevillette died on March 1, 1780 at 75 years of age.