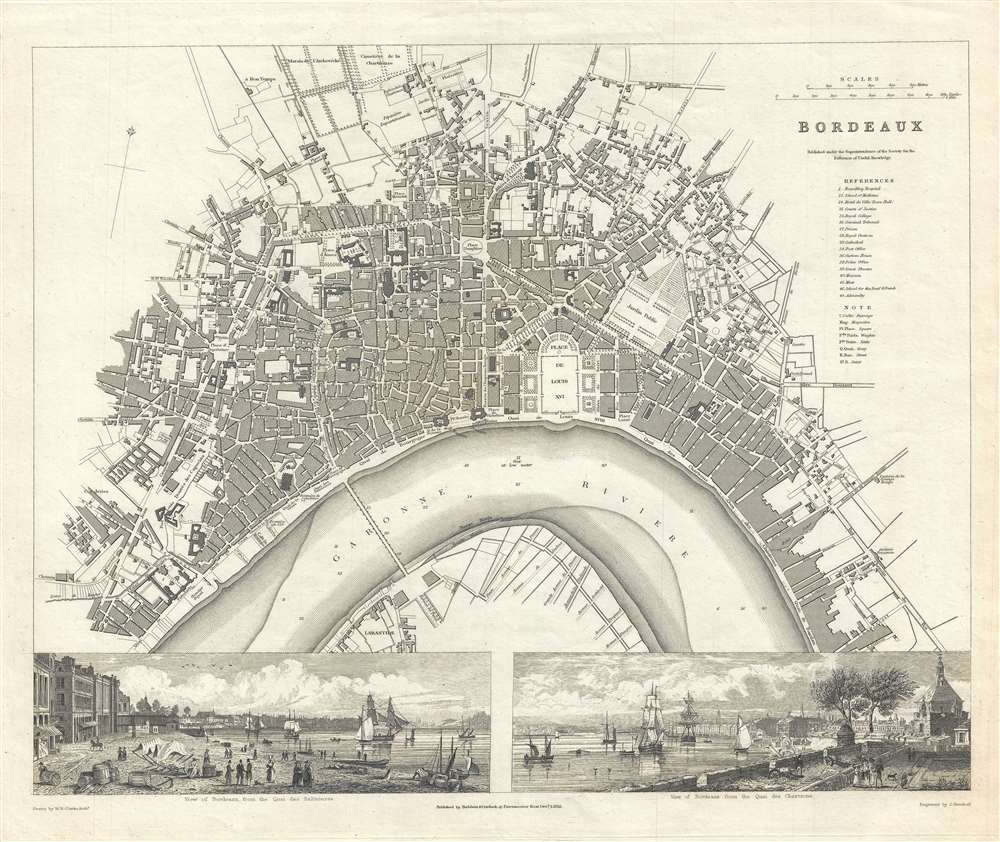 Home city to some of the world's finest French wines.

This map is a steel plate engraving, dating to 1832 by the Society for the Diffusion of Useful Knowledge, S.D.U.K. It represents the city of Bordeaux, famous for its extraordinary French Wines. This fascinating map depicts the streets of Bordeaux with such incredible detail that even individual buildings are labeled. The bottom of the map is decorated with two views. One is a 'View of Brodeaux from the Quai des Salinieres' and the other is a 'Vies of Bordeaux from the Quai des Chartrons.'

This map is part of A Series of Maps, Modern and Ancient, issued by subscription. Each folder in the series would contain a set of two maps bound together. The map accompanying this this map in the folder, not included here, was of Munich. This map was drawn by W. B. Clarke, engraved by J. Henshall, and issued by the Society for the Diffusion of Useful Knowledge in their December 1, 1832 subscriber’s edition folder. The folder at the time was priced at 1 shilling plain or 1 shilling 6 pence colored. Published by Baldwin and Cradock.