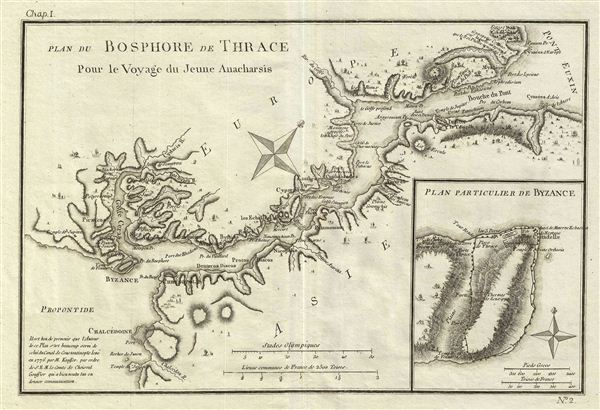 This lovely map, depicting the Bosphorus and the city of Byzantium (modern day Istanbul), was prepared by M. Barbie de Bocage, after D'Anville, for the 1785 Travels of Anacharsis. The map shows the narrow naval passage from the Propontis (Sea of Marmara) to the Pontus euxinus (Black Sea). There is a beautiful inset plan of the Horn of Byzantium. Today Byzantium is Istanbul, but the horn and many of the ancient structures still exist. This map also shows the surrounds regions in considerable topographical detail.