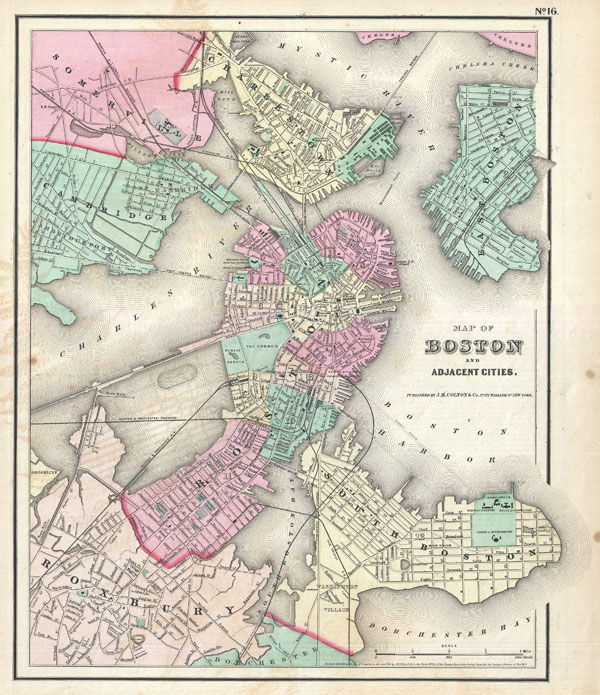 Dated and copyrighted to J. H. Colton, 1855. Published as page no. 16 in the 1857 edition of George Woolworth Colton's Atlas of the World. This was the first edition of Colton's atlas in which the maps were printed without Colton's trademark spiral motif border design.

Very goodcondition. Light transferrence. At some point someone pressed a fern between this map and another and a faint outline remains.