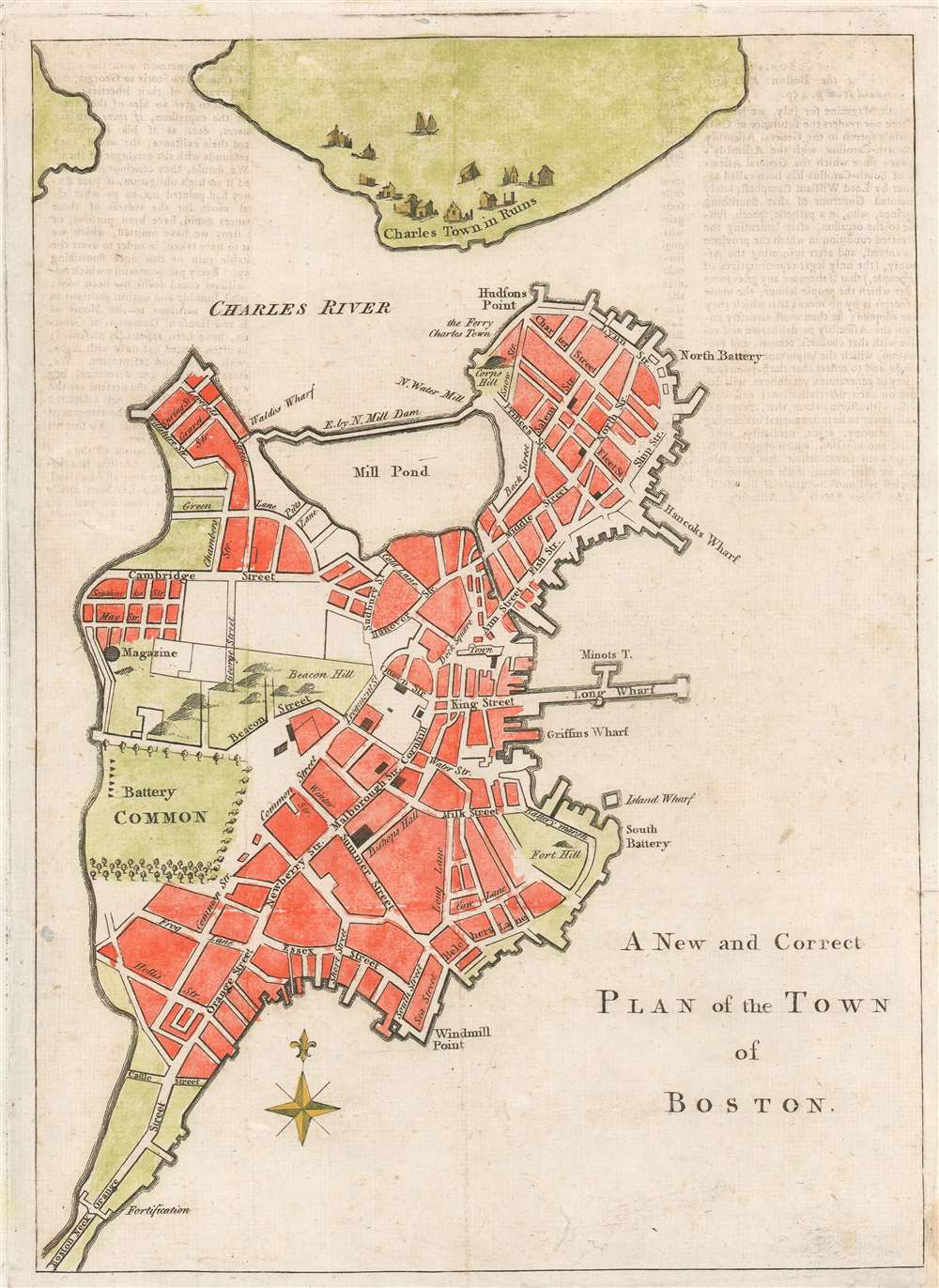 An uncommon and attractive 1775 map of Boston issued in the early days of the American Revolutionary War just following the Battle of Bunker Hill. The map covers the original peninsula of Boston as well as the ruins of Charleston just across the river. The plan names streets, including Beacon Street with a topographical representation of Beacon Hill, Newberry Street, and indications of fortifications, batteries, and other landmarks. Major buildings are represented, as are wharfs, including Hancock's Warf, Long Warf, and Griffins Warf, among others. The mill dam is identified.

This map was issued for British readership in the early days of the American Revolutionary War following the Battle of Bunker Hill, which, as the map notes, has left Charlestown in ruins. This, together with two other maps, was intended to provide the readers of The Gentleman's Magazine with 'a perfect representation of the present Seat of War in America.' At the time the Battles of Lexington, Concord, and Bunker Hill left British forces in Boston under serious threat from Continental forces under the command of George Washington.

This map appeared in the October 1775 issue of The Gentleman's Magazine.