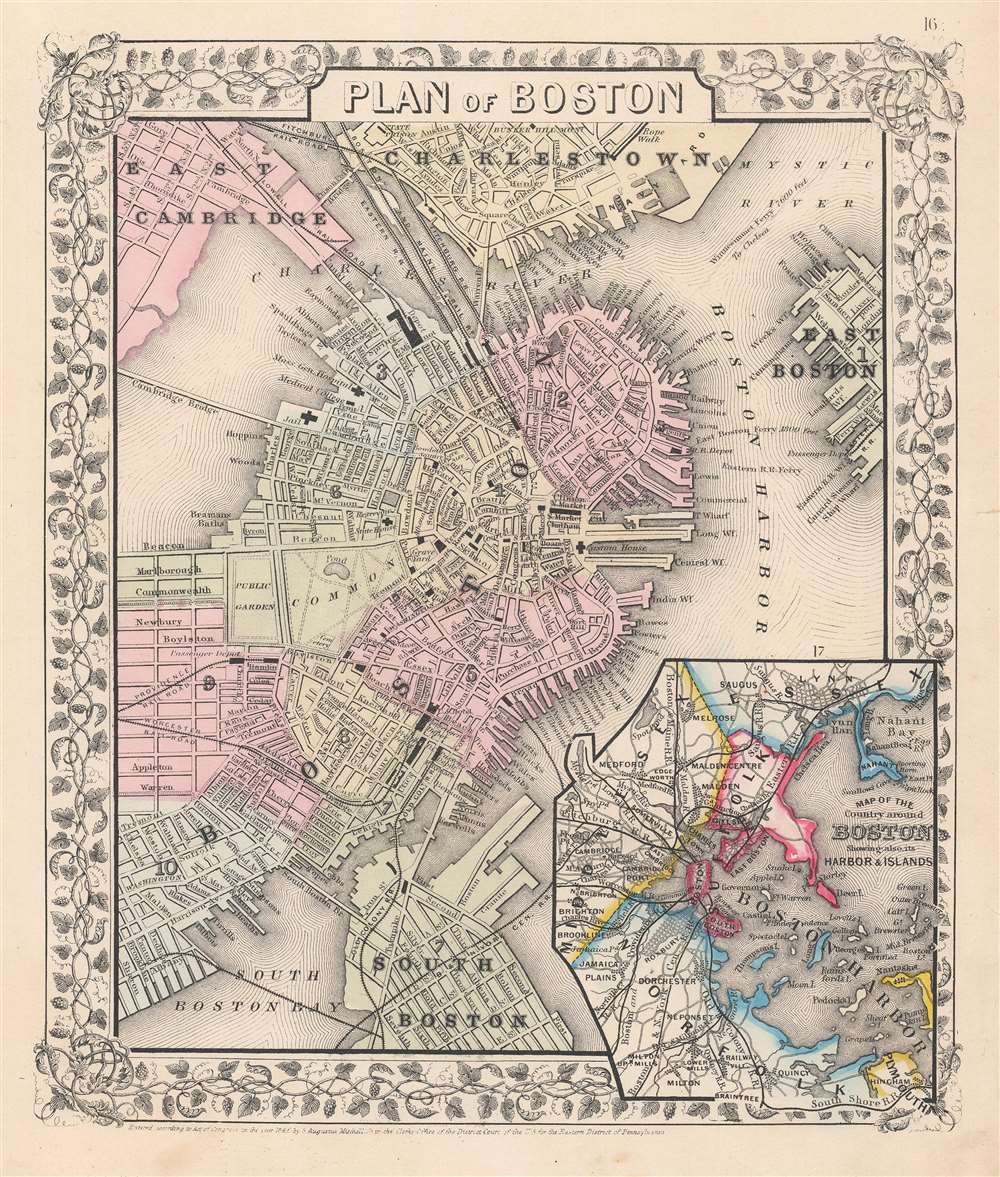 This is Samuel Augustus Mitchell Jr.'s 1867 city plan or map of Boston, Massachusetts. Aside from the city's center, this map depicts East Cambridge, Charlestown, East Boston, and South Boston. It offers wonderful insight into Boston's history, including references to parks, individual streets, railroad lines, piers, ferries, wharfs, important buildings, and other landmarks. Neighborhoods are color coded with pastels according to the boundaries of city wards. An inset in the lower right quadrant depicts Boston Harbor and the greater Boston area including Plymouth, Norfolk, Middlesex, Suffolk, and Essex Counties. The whole is surrounded by the attractive vine motif border used in Mitchell atlases issued between 1866 and 1879. This is one of the more attractive atlas maps of Boston to appear in the mid-19th century.

Prepared by S. A. Mitchell Jr. for inclusion as plate 16 in the 1867 edition of Mitchell's New General Atlas. Dated and copyrighted, 'Entered according to Act of Congress in the Year 1867 by S. Augustus Mitchell Jr. in the Clerk's Office of the District Court of the U.S. for the Eastern District of Pennsylvania.'