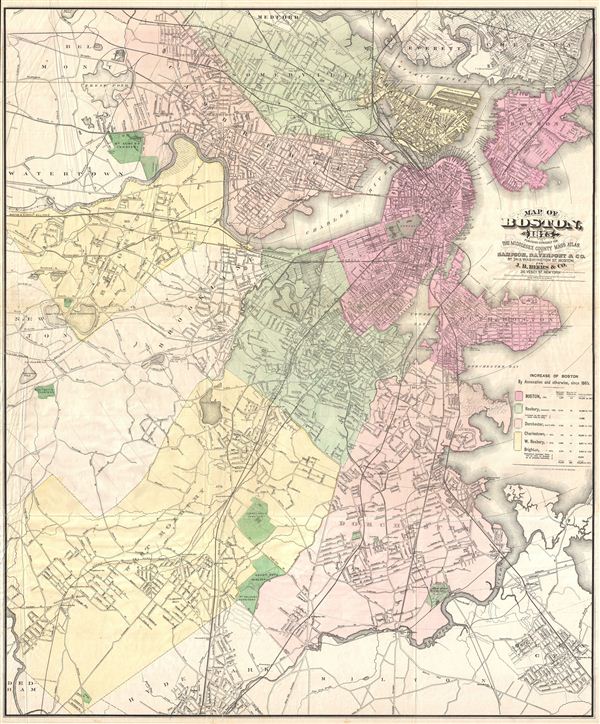 
The Beers family (Fredrick, Silas, James and Daniel) (fl. c. 1850 - 1886), along with Charles and Augustus Warner, were prominent map publishers working from the 1850s to the late 1880s. Often publishing under the Warner & Beers designation, the combined firms produced a series of important state and county atlases and map of much of the northeastern United States. Many of their regional maps are among the most detailed and well laid out maps ever produced of their respective regions. Because Warner & Beers county maps were often detailed down to the individual homes and landowners, they have become highly sought after by general and family historians. In additional to producing maps of surpassing detail, Warner & Beers also maintained an earlier generation's attention to detail and quality while publishing in an era ever increasingly dominated by the low cost printing methods used by the publishing empires of Rand McNally and George Cram. Learn More...

Good. Original fold lines exhibit some wear. Some creasing in the left hand quadrants of the amp. A couple closed verso repairs. Else clean.
Looking for a high-resolution scan of this?