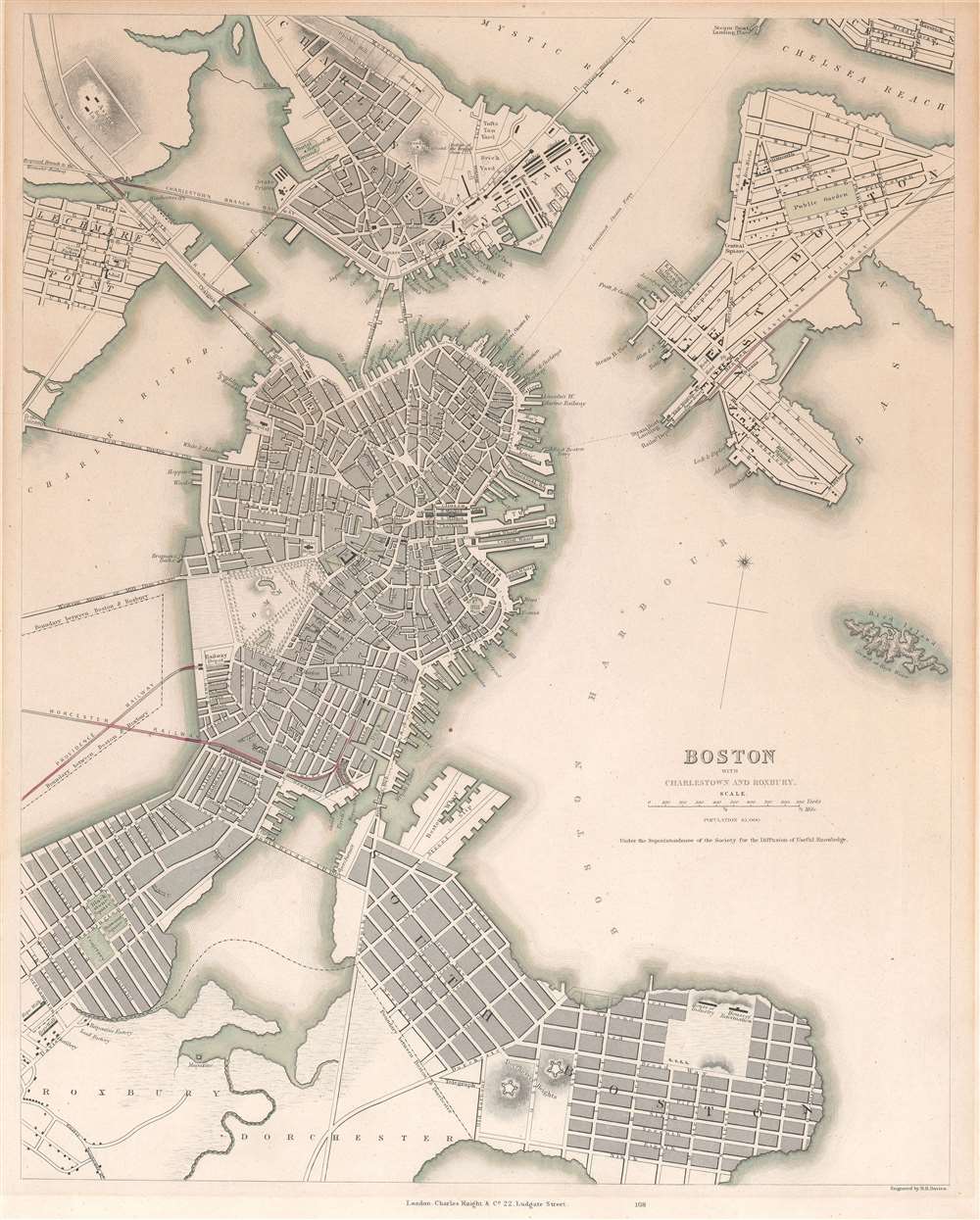 This is an 1845 Society for the Diffusion of Useful Knowledge (S.D.U.K.) map of Boston and its vicinity. The map shows the city from Charlestown and the Chelsea Reach in the north, down to Dorchester and South Boston; the map reaches as far west as Lechmere and part of Roxbury, and as far east as roughly the intersection of Chelsea and East Eagle streets. Bird island appears in the harbor with the notation indicating that it is underwater at high tide. Forts, municipal structures and factories are marked on the map, as are gardens and commons.

The tracks of the Worcester and the Boston and Providence Railways are shown, running on causeways through the Back Bay, which was not yet filled and still in use as a mill pond. The Boston and Roxbury Mill Dam is shown: this had been intended to enclose the Back Bay and utilize the flowing tidal waters for industrial production. While it succeeded in the enclosure of the bay, doing so caused the body of water to become stagnant and foul. Moreover only a fraction of the factories the dam was intended to power came to be constructed. Thus failing on several fronts, the dam would persist until 1857 when the plan to fill in the Back Bay was commissioned.

The map was engraved by B. R. Davies and added to S. D. U. K publications in 1842. This example, printed by the Charles Knight firm at their 22. Ludgate Street address, was published in 1845.

Very good condition. Some toning and mat burn, else excellent with original tinting.