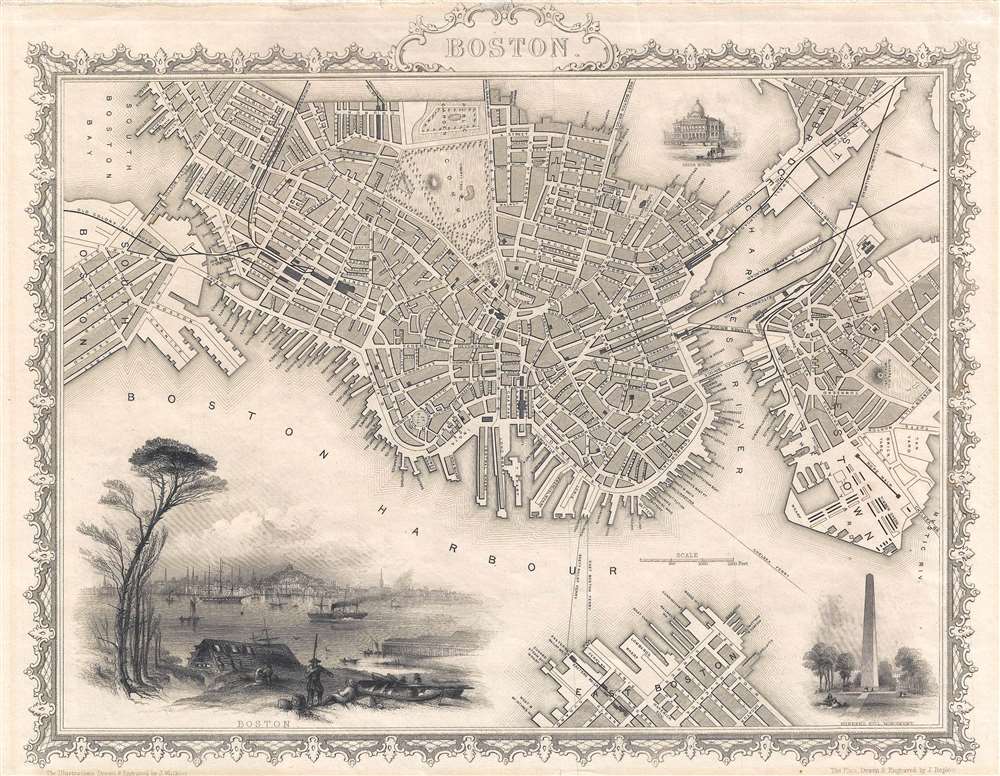 A beautiful example of John Tallis and John Rapkin's 1851 decorative map of Boston, Massachusetts. The map covers downtown Boston prior to the Back Bay landfill projects, extending from Dover Street to the Charles River. Parts of adjacent South Boston, Cambridge, and Charleston are also included. The map identifies all streets, piers, parks, and important buildings. A beautifully engraved and dramatic vignette view of Boston fro macros Boston Harbor appears in the lower left quadrant. A secondary vignette, depicting the Bunker Hill Monument, appears in the lower right. A tertiary vignette, in the upper right between Cambridge and Boston Proper, illustrates the State House. The map is surrounded by an elaborate decorative border. Tallis's city plans did not appear in all editions of his atlas and so have today become quite rare. Tallis prepared this map for inclusion in R. Montgomery Martin's Illustrated Atlas, And Modern History of The World.

Very Good. Some mat burn around outer margin. Like most Tallis maps this map was bound tightly into the atlas and exhibits some minor damage at the very top of the title cartouche. Blank on verso.