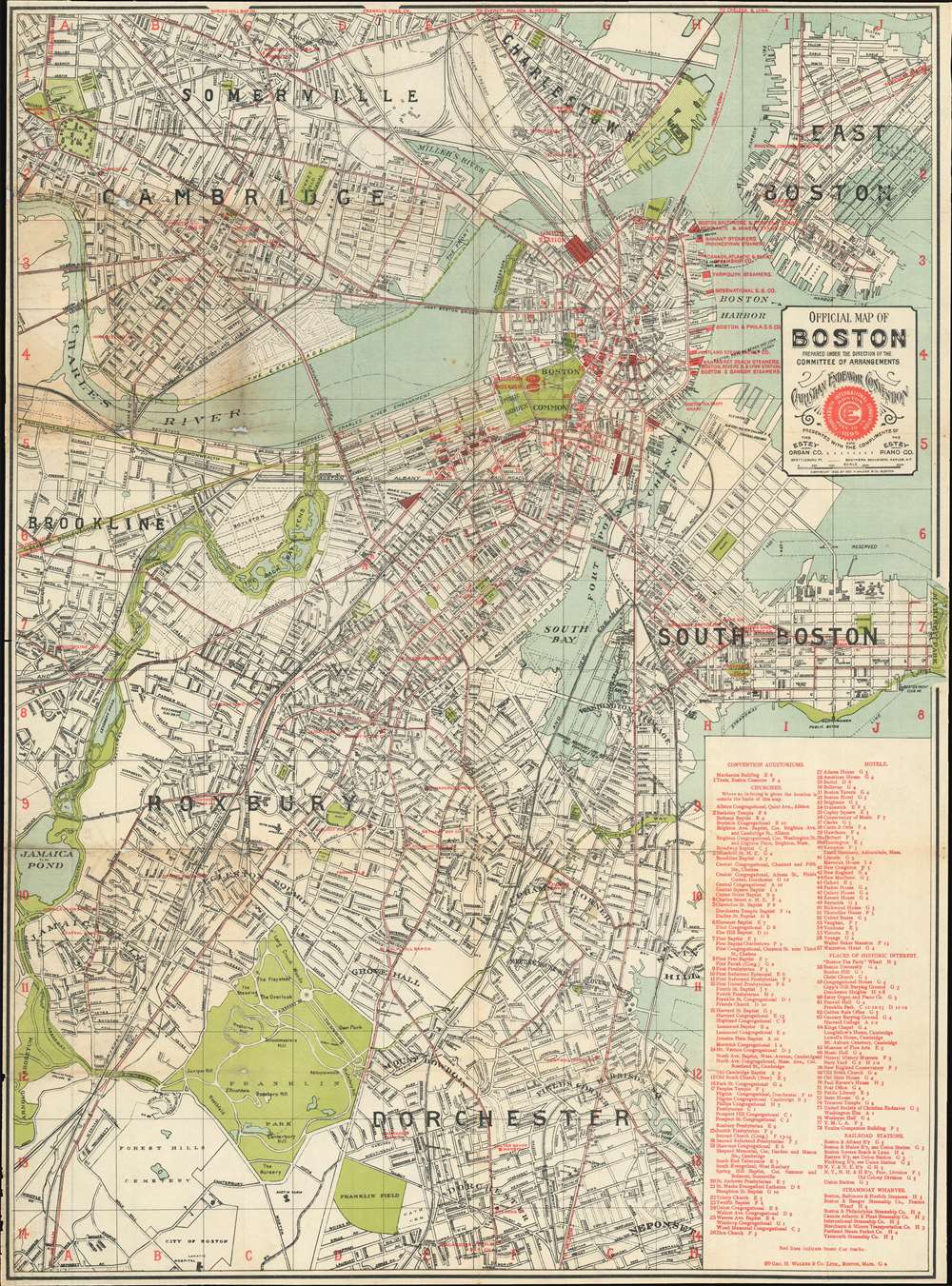 The Young People's Society for the Christian Endeavor!

Published for the Fourteenth International Convention of the Young People's Society for the Christian Endeavor, this is an 1895 George H. Walker and Company city plan or map of Boston, Massachusetts. Red overprinting highlights over 100 different locations around the city, including hotels, churches, historic sites, and railroad stations. Seventy-nine of these are numerically labeled, while others are identified by name. Two massive tents erected on Boston Common, named Walliston and Endeavor, hosted many of the convention's events.

The Young People's Society for the Christian Endeavor, founded in 1881 in Portland, Maine, is a nondenominational Christian evangelical society. Begun by Francis Edward Clark, a reverend from Portland, the society's stated objective is 'to promote an earnest Christian life among its members, to increase their mutual acquaintanceship, and to make them more useful in the service of God.' The movement has since spread worldwide and held the 29th C.E. World Conference in Flensunger Hof, Germany in July 2019.

This map was created and published by George H. Walker and Company in 1895 under the direction of the Committee of Arrangements of the Fourteenth International Christian Endeavor Convention. Five examples are cataloged in OCLC and are part of the collection at Harvard College, the Osher Map Library at the University of Southern Maine, Oberlin College, the Wisconsin Historical Society, and Stanford University.

Good. Map has been laid down on archival tissue. Exhibits several repaired splits and tears, mostly confined to upper left quadrant, near where originally attached to binder. Some soiling evident, particularly along original fold lines. Minor fill repairs at a couple fold intersections.