1908 Walker Map or Plan of the City of Boston, Massachusetts 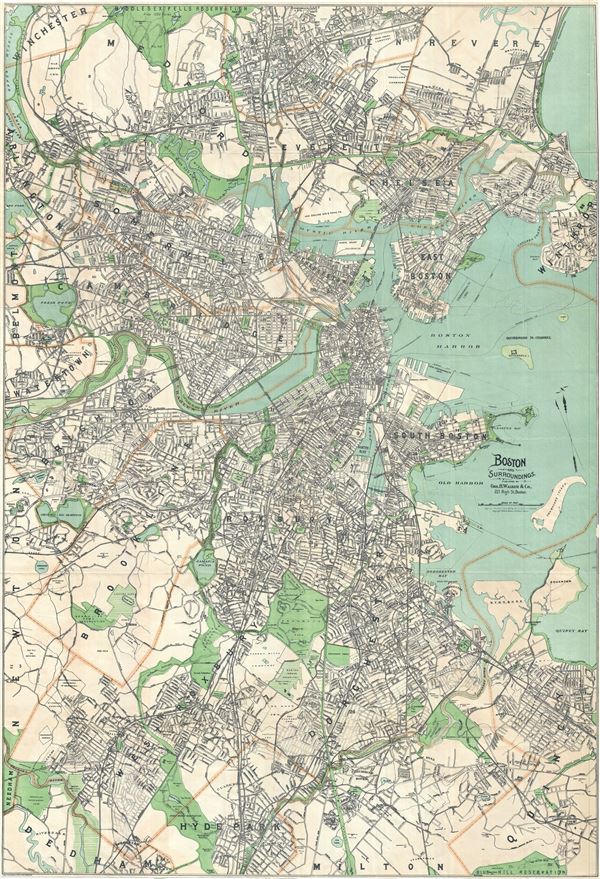 1908 Walker Map or Plan of the City of Boston, Massachusetts

This is a beautiful 1908 map or plan of the city of Boston, Massachusetts and its surroundings by the Walker Lith. and Publishing Company. It covers the city and suburbs from Blue Hills Reservations and Milton north to the Middlesex Fells Reservation and Winchester and from Belmont in the west to Winthrop in the east. The map is extremely detailed and notes individual streets, neighborhoods, parks, ponds, bridges, individual buildings, lakes, cemeteries, roads, railways, islands, rivers and a host of additional topographical features. This map was published by Geo H. Walker and Company at 22 High Street, Boston.

Very good. Minor wear and creasing along original fold lines. Professionally flattened and backed with archival tissue. Comes with original paper binder.
Looking for a high-resolution scan of this?