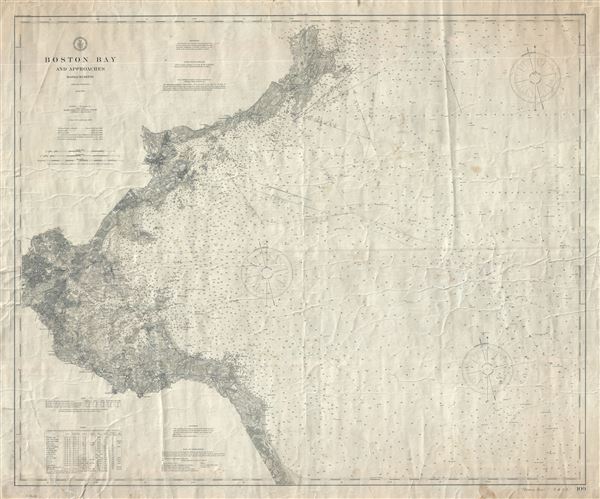 This chart is presented on the Polyconic projection. First published in 1872, the chart has been updated with corrections to 1905. Published at Washington D. C. by the Coast and Geodetic Survey under the supervision of O.H. Tittmann, Superintendent.

Good. Overall toning and creasing. Some foxing at places. Manuscript markings in pencil at several places, can be erased, but have been left intact.
Looking for a high-resolution scan of this?