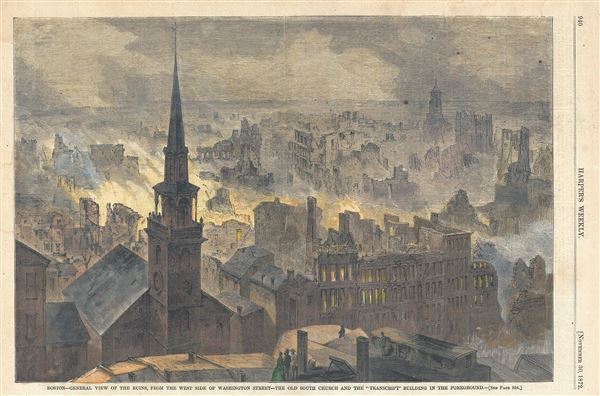 One of the first illustrations of the Great Boston Fire of 1872.

A dramatic journalistic view of Boston, Massachusetts prepared to illustrate the Great Boston Fire of 1872. Issued just three weeks after the tragic fire (November 7-8, 1872), this is one of the first publications to illustrate the fire's fury.

Very good. Even overall toning. Backed with archival tissue.
Looking for a high-resolution scan of this?