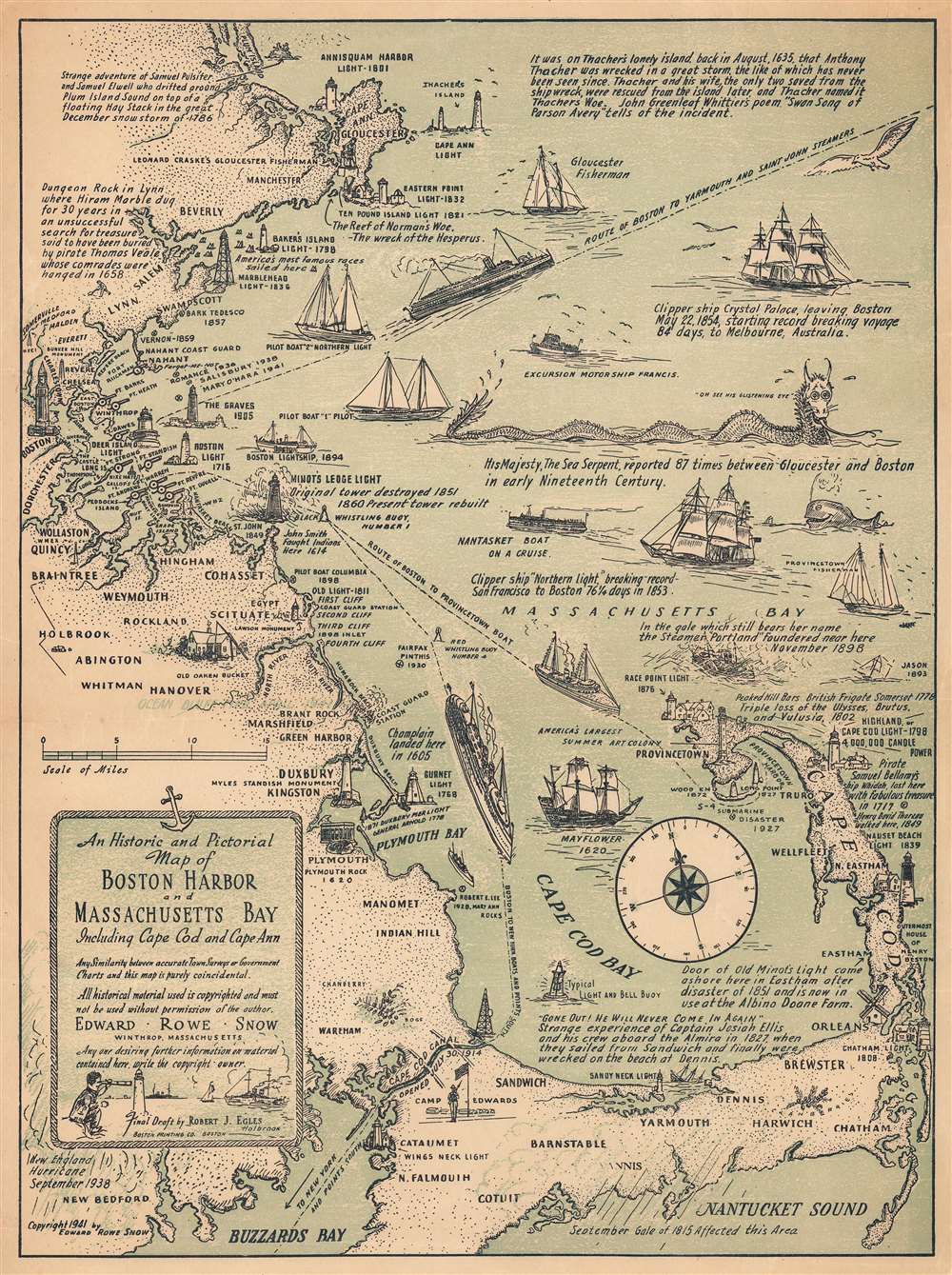 A charming pictorial map of the coast of Massachusetts - features an illustration of the Gloucester Sea Serpent and several famous ships.
$250.00

This is a 1941 Edward Rowe Snow pictorial map of Boston Harbor, Massachusetts Bay, and Cape Cod. The map depicts the Atlantic coast of Massachusetts from Cape Ann to Buzzards Bay and Nantucket Sound. Highly detailed, numerous locations along the Massachusetts coast are labeled and illustrated in profile, including the Custom House Tower in Boston, the Davenport Guildhall in Plymouth, and Leonard Craske's Gloucester fisherman statue on Cape Ann. More than a dozen lighthouses from Cape Ann to Buzzards Bay and on Cape Cod are illustrated in profile. Shipping routes from Boston to Yarmouth, New York, and Provincetown are marked and large ships are depicted following those routes. Two historically important clipper ships are also illustrated, the 'Northern Light' and 'Crystal Palace' along with fishing boats, lightships, and the Mayflower. The Cape Cod Canal, which was opened on July 30, 1914 (per the map) is also rendered. A vignette of 'His Majesty, the Sea Serpent' presents an unusual inclusion, though Snow informs us that the Sea Serpent was reported eighty-seven times between Gloucester and Boston in the early nineteenth century. Captions throughout the map provided by Snow inform the viewer of important and intriguing events that took place along this stretch of the East Coast of the United States.

This map was drawn by Robert J. Egles and copyrighted by Edward Rowe Snow in 1941. We note three examples cataloged in OCLC which are part of the collections at Harvard University, the Osher Map Library at the University of Southern Maine, and the University of California Santa Barbara.