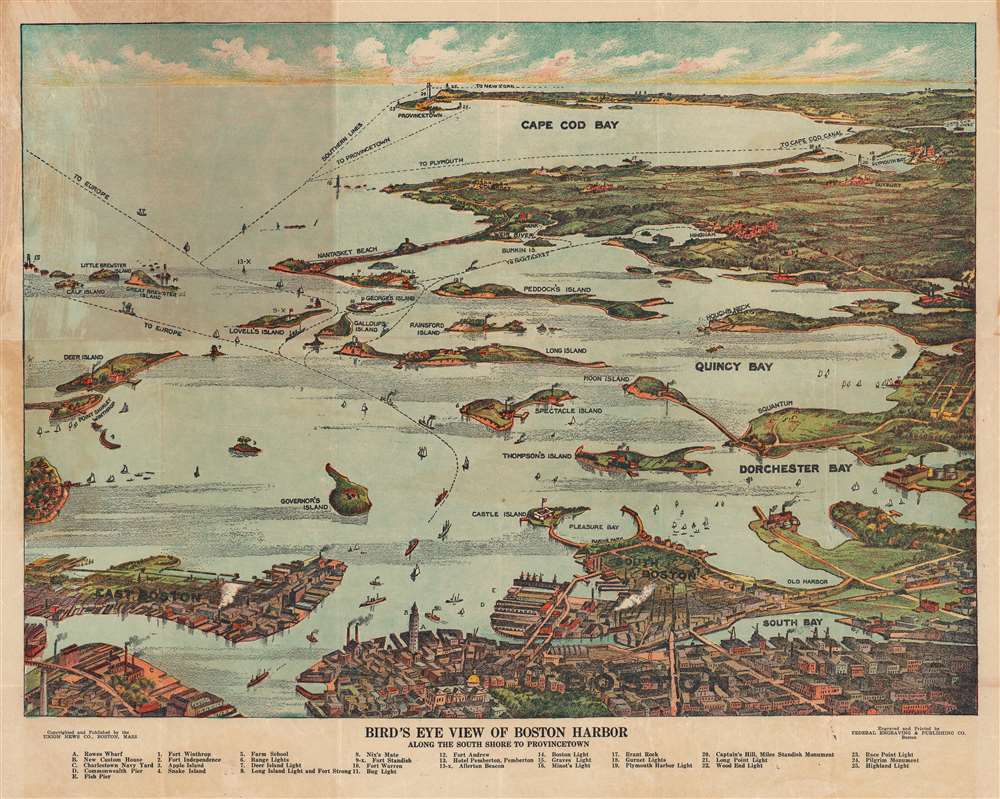 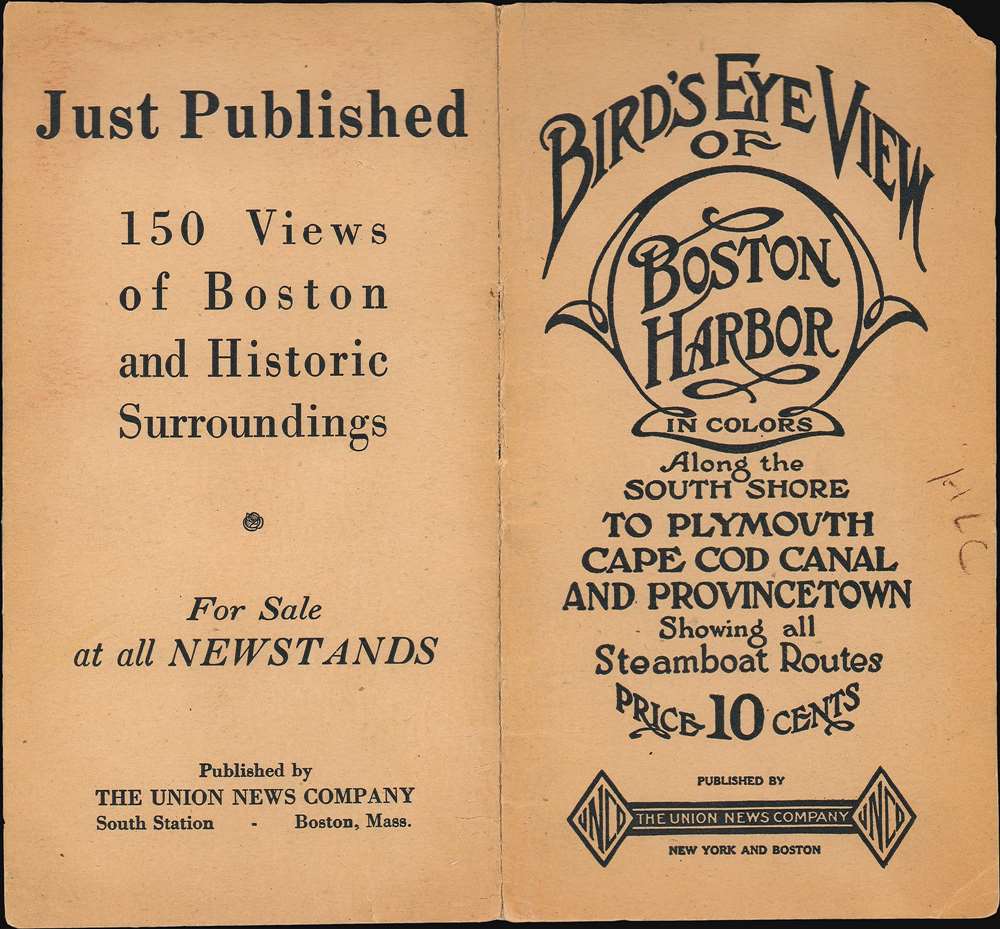 This is a remarkable 1920 chromolithograph map and view of the Boston Harbor from Boston to Provincetown. It covers all of Cape Cod Bay, Quincy Bay, and Dorchester Bay with the communities of Boston, East Boston, South Boston, Dorchester, Quincy, Hough's Neck, Mingham, Nantucket, Duxbury, Plymouth, Cohasset, Scituate, and Provincetown noted. Many of the islands in Boston Harbor, including Moon Island, Spectacle Island, Thomson's Island, Long Island, Governor's Island, and others are also identified. An index in the bottom margin lists several other important places identified on the map. Ferry and steamboat routes are noted throughout.

This view copyrighted by the Union News Company is based upon the late 19th century view of John Murphy. This view was engraved and printed by the Federal Engraving Co., and published by the Union News Company, Boston, Mass. Four examples are cataloged in OCLC which are part of the collections at the Library of Congress, Boston College, the State Library of Massachusetts, and the Osher Map Library at the University of Southern Maine.