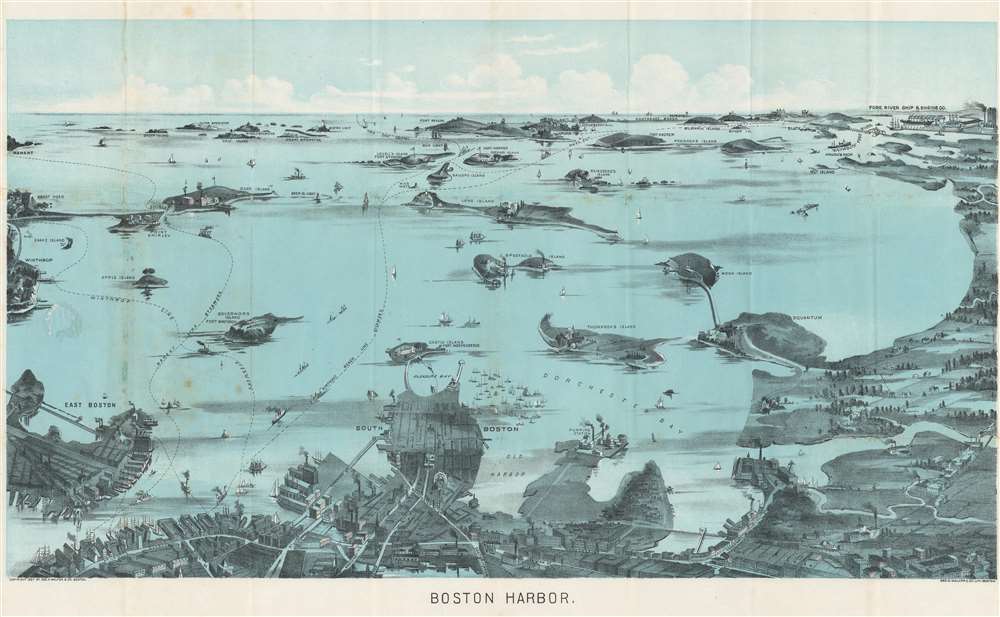 A wonderful view of Boston Harbor.

An uncommon 1897 early example of a George H. Walker aquatint view of Boston Harbor. Centered on South Boston, the view depicts Boston Harbor from East Boston and Nahant eastward as far as Squantum and Slate Island. The bustling harbor is illustrated full of ships and ferries traveling between various islands and cities. Islands throughout the harbor are illustrated, including Thompson's Island, Castle Island, Spectacle Island, Governors Island, Deer Island, Lovell's Island, Calf Island, and Peodock's Island. Various lighthouses are illustrated and labeled. Among these are Boston Light, Bug Light, and Minots Ledge Light. Ferry routes are indicated. Such views were sold and given to customers of various Boston-based ferry services.

This view was created and published by George H. Walker in 1897.