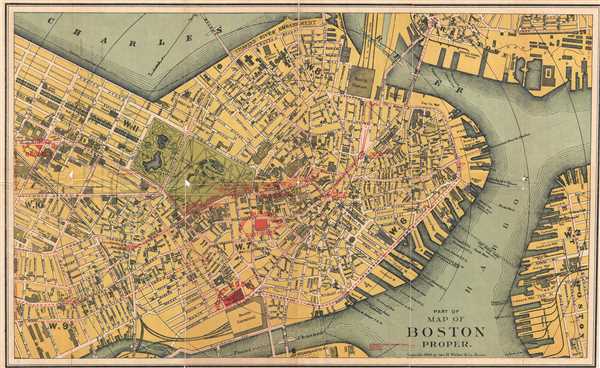 This is a scarce 1894 map or plan of the city of Boston, Massachusetts by Geo H. Walker and Company. It extends from Cambridge and Charleston to East Boston and South Boston. Individual streets, bridges, parks, wharfs, subway lines, elevated train lines, surface rail lines, important buildings, subway stations, ferry routes, etc. are noted throughout. Wards are numbered. This map was copyrighted 1894 by Geo H. Walker and Co., Boston and presented by The Hotel Essex.