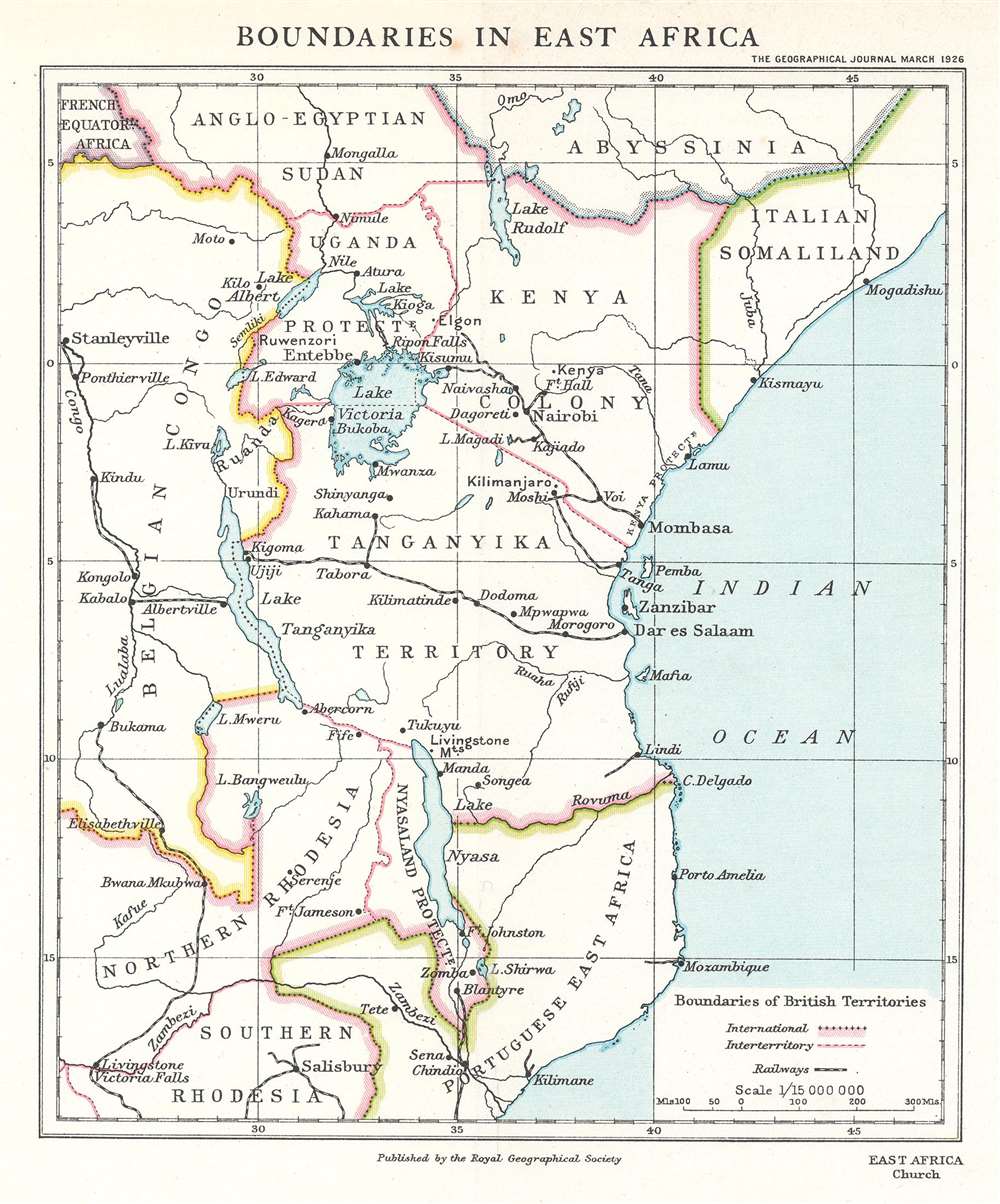 This is a 1926 Royal Geographical Society map of East Africa, accompanying an article detailing the itinerary and findings of the East African Commission. The map depicts from Abyssinia and Anglo-Egyptian Sudan south to Southern Rhodesia, thus embracing the modern-day nations of Kenya, Tanzania, Mozambique, Zambia, and parts of the Congo, Ethiopia, Uganda, and Somalia. Several railways, including the Central Tanganyika Railway, are illustrated. Major cities and other settlements are identified, such as Livingstone, Zomba, Dar es Salaam, Tabora, Entebbe, and Nairobi.

The East African Commission, also known as the Ormsby-Gore Commission, was created in 1924 to review and suggest pathways to economic development, improve the social conditions, and create closer ties between the five regional British dependencies. William Ormsby-Gore served as the commission's chairman. Two Parliamentarians, A.G. Church and F.C. Linfield, were also appointed. The commission left England on August 15, 1924, and returned by late December. Parliamentary leadership changed while the commission traveled, leading to its findings and recommendations being largely ignored.

This map was created by the Royal Geographical Society to accompany an article written by A.G. Church for the December 1926 edition of The Geographical Journal entitled 'The Inter-relations of East African Territories'. We have been unable to locate any other cataloged examples of the separate map.