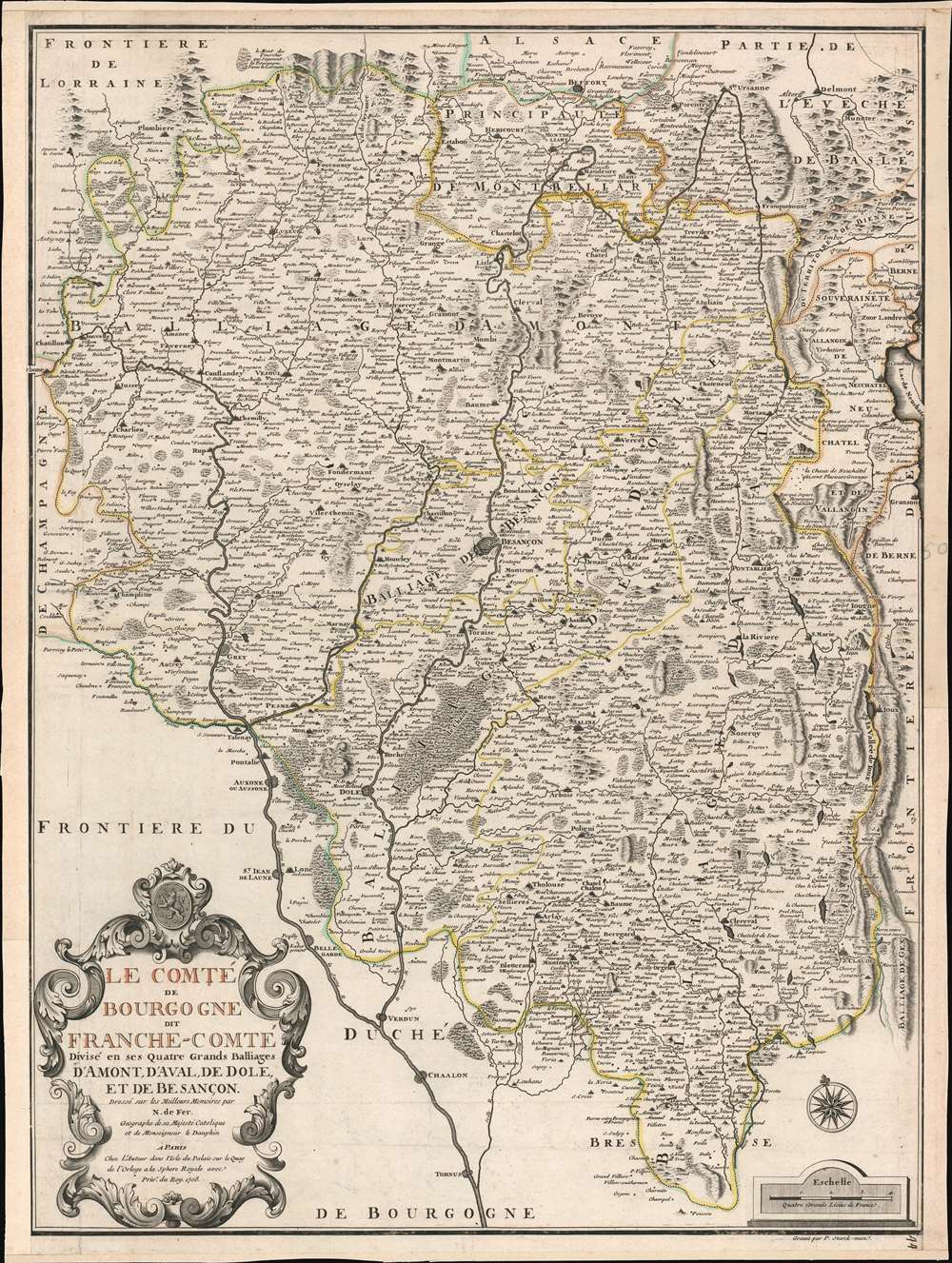 This is a 1708 Nicholas de Fer map of Burgundy and Franche-Comté, France. Beautifully engraved, myriad cities, towns, and villages are labeled throughout the region, including Besançon, Dole, Vesoul, and Belfort. Mountains reference the region's incredible Jura Mountains and forests make clear the region's wooded nature. The Doubs, Saone, and Lougnon Rivers are illustrated and labeled as well.

Two of Franche-Comté's most well-known products are yellow wine (vin jaune) and comté cheese. Vin jaune is a specialty of the Jura region and is a special type of white wine. It resembles a dry Sherry, and even has some similar characteristics, including its aroma, but vin jaune is not a fortified wine. A festival called La Percée du Vin Jaune takes place annually during the last week of January or the first week of February and celebrates the release of the most recent vintage (which would have been harvested seven years earlier). The festival is held in a different village every year, and in recent years it has attracted over 30,000 visitors. Comté is also a specialty of Franche-Comté and is made from unpasteurized cow's milk.

This map was created by Nicolas de Fer and published in 1708. Eight examples are cataloged in OCLC and are part of the institutional collections at the Bibliothèque nationale de France, the Bibliothèque de Genève, the Newberry Library, the Bayerische Staatsbibliothek in Munich, the Deutches Museum Bibliothek in Munich, the Biblioteca Nacional de España, the University of North Carolina Wilmington, and the Landesbibliothek Coburg.