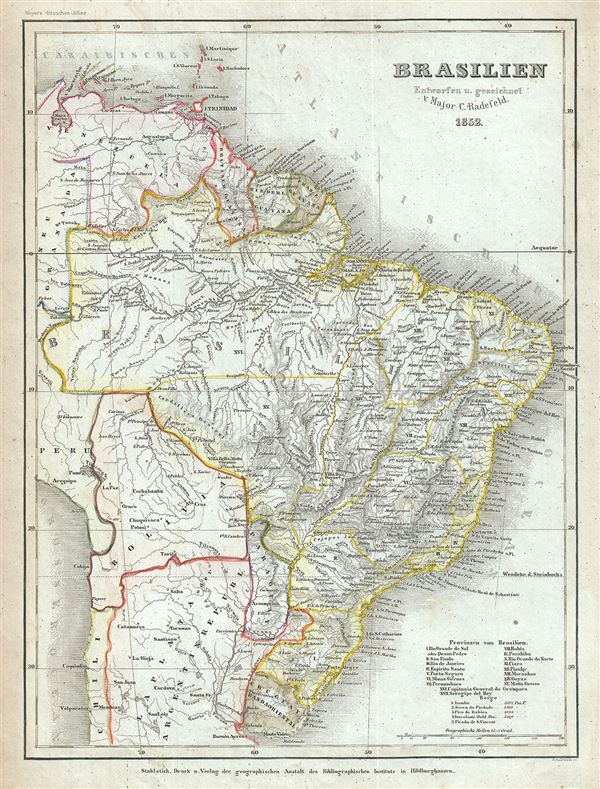 This is a fine 1852 map of Brazil by Joseph Meyer. It covers from Venezuela to Uruguay and from the Amazon basin to the Atlantic. Includes Brazil, Uruguay, Paraguay, Bolivia and parts of Argentina, Chile, and Peru. Bolivia's claims to the Atacama Desert and Peru's claims to Moquegua - both of which are today part of Chile are noted.

Brazil was a this time an empire under the control of Pedro II. Much of the 1850s was a period of Prosperity for Brazil due to Pedro's maturation and consolidation of power. This period also witnessed Brazil in the Platine War, fought between Argentina and the alliance of the empire of Brazil, Uruguay and some Argentine provinces for influence over Uruguay and Paraguay.