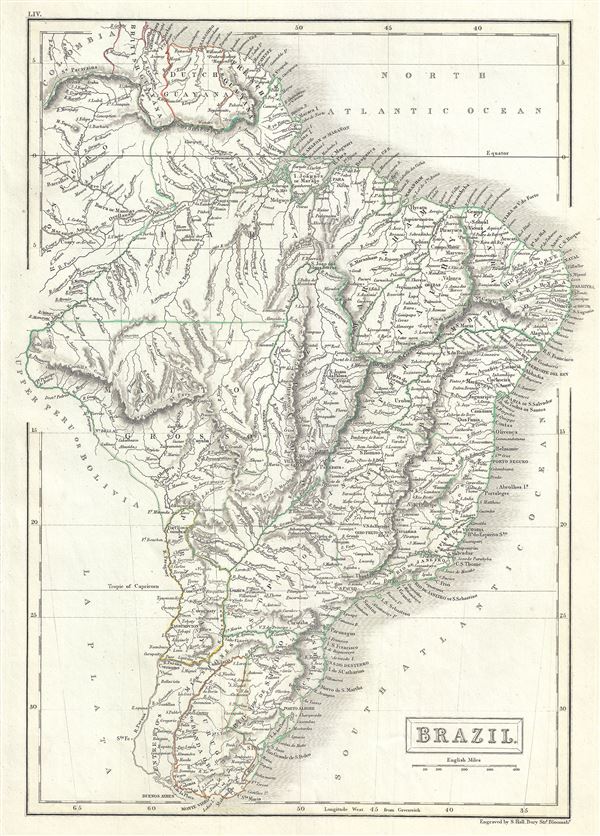 This is a fine example of Adam and Charles Black's 1844 map of Brazil. It covers the South American countries of Brazil, Uruguay, Paraguay and Guyana. Notes several important towns, cities, rivers, mountains and a host of other topographical features.

Under Emperor Dom Pedro I Brazil had declared itself independent of Portugal roughly 22 turbulent years earlier. Much of South America was, at this time, embroiled in or about to become embroiled in, severe civil strife. The new nations, freed from Spanish and Portuguese dominance though various wars of liberation in the previous decades, were struggling with their newfound independence in an attempt create stable and prosperous governments.

This map was engraved by Sidney Hall and issued as plate no. LIV in the 1844 edition of Black's General Atlas.