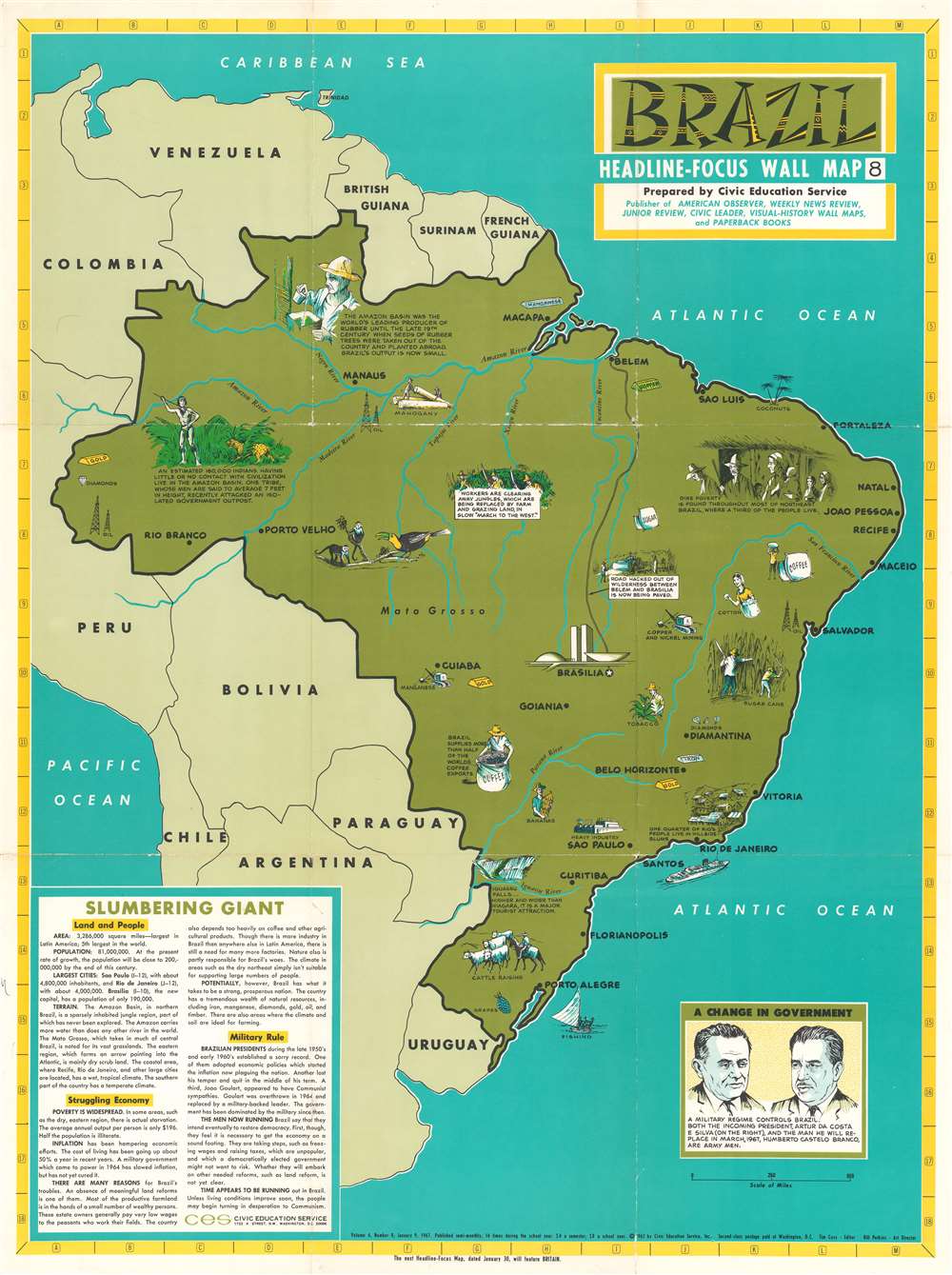 An educational pictorial map of Brazil.
$300.00

This is a 1967 Civic Education Service pictorial map of Brazil. Created only three years after a military coup d'état seized power, the map highlights Brazilian economic hardships as well as exports. Vignettes illustrate the extreme differences between life in the urban slums (called favelas in Brazil) and the uncontacted tribes that live in the Amazon. Brazil's abundant resources, including timber, coffee, copper, manganese, iron, and other ores are promoted, while rubber, which was once Brazil's largest export, had become one of its least exported goods, after the seeds of rubber trees were smuggled out of the country and planted abroad. Iguazu Falls, the largest waterfall in the world, is illustrated in the extreme southern portion of Brazil near Argentina and Paraguay. Perhaps the most intriguing reference to a modern audience, however, is the 'march to the west' in the Amazon, where workers were clearing jungle so it could be replaced by grazing and farmland. This phenomenon still continues today and is of major concern with regard to the current global climate crisis. Another shocking reference, made in the last sentence of the text, is the concern that, if the Brazilian military hadn't seized power, that the country may have turned toward Communism. This fear led to the American government supporting the coup and the authoritarian military regime that took power.

This map was created by the Civic Education Service and published in 1967. An empty OCLC reference exists for this map, suggesting that an institution that was once affiliated with the OCLC but no longer is created the entry.