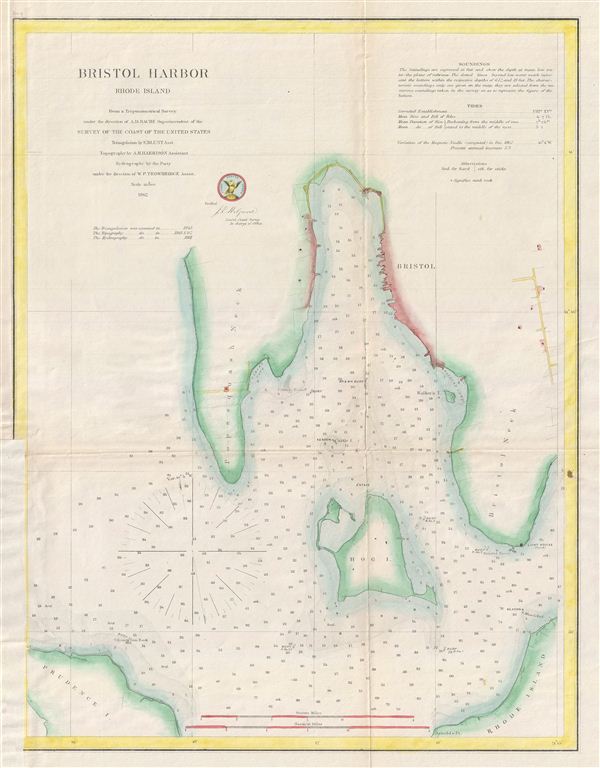 An uncommon and highly appealing U.S. Coast Survey nautical chart or maritime map of Bristol Harbor, Narragansett Bay, Rhode Island. The map covers from Prudence Island to Rhode Island ad from Popasquash Neck to Bristol. The map offers a wealth of maritime detail including countless depth soundings, identification of various rocks, shoals, and other undersea dangers, and notes on tides, light houses, soundings, and sailing instructions. The triangulation for this chart was completed by e. Blunt. The topography is the work of A. M. Harrison. The hydrography was accomplished by a party under the command of W. P. Trowbridge. The whole was compiled under the direction of A. D. Bache, Superintendent of the Survey of the Coast of the United States and one of the most influential American cartographers of the 19th century. Published in the 1862 edition of the U.S. Coast Survey Superintendent's Report.