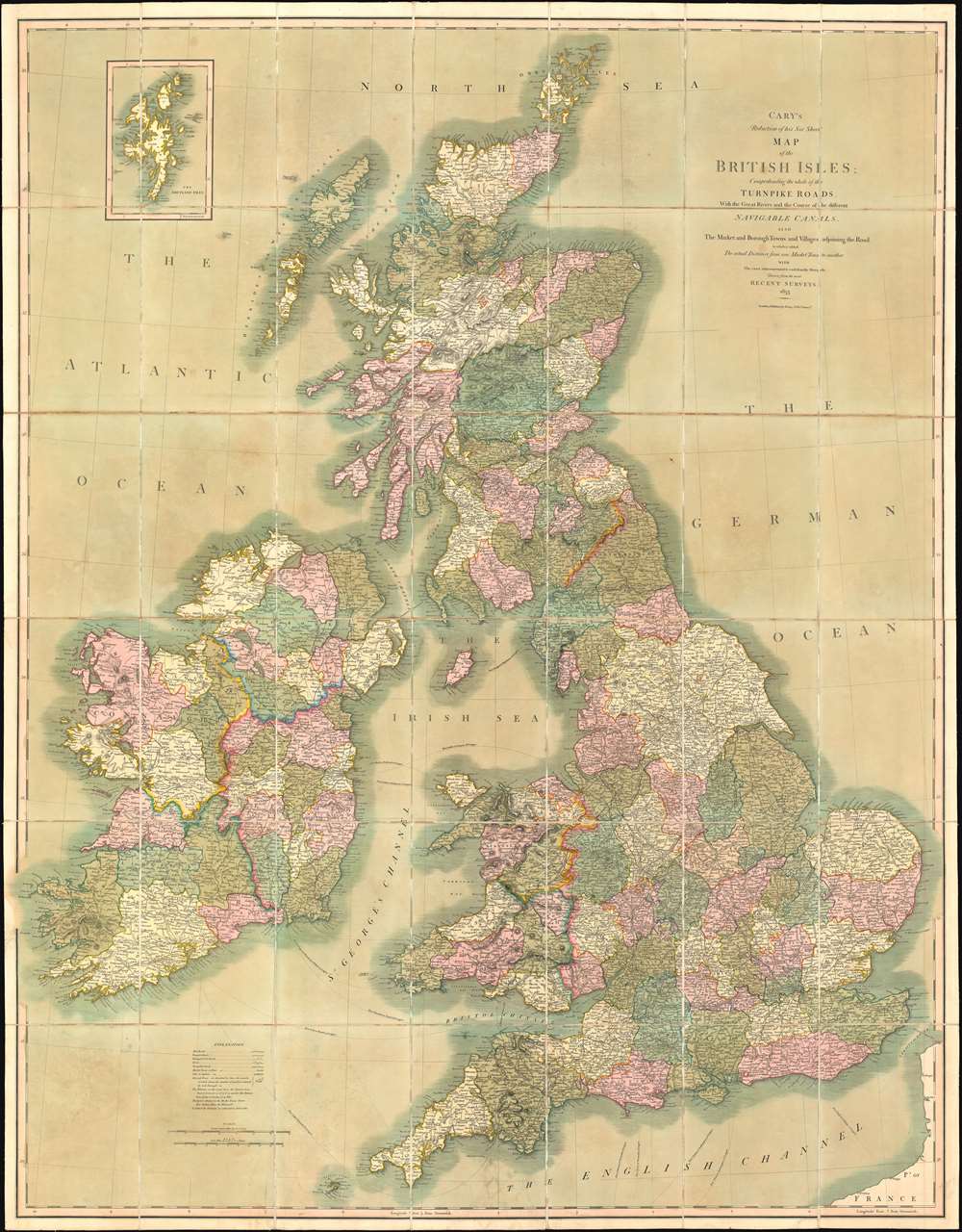 An exceptionally beautiful exampel of Cary's large-format case map of the British Isles.

Cary's Reduction of his Six Sheet Map of the British Isles; Comprehending the whole of the Turnpike Toads, With the Great Rivers and the Course of the different Navigable Canals, also the Market and Borough Towns and Villages adjoining the Road, to which is added The actual Distance from one Market Town to another, with The exact admeasurement to each from the Metropolis.
1833 (dated)     49.75 x 38.75 in (126.365 x 98.425 cm)     1 : 920000

This is a stunning 1833 John Cary large-format folding case map of the British Isles. The map depicts the entirety of the British Isles, including England, Scotland, Wales, and Ireland. Coverage extends from the Blasket Islands and County Kerry in Ireland to the North Sea and from the Orkney Islands to the English Channel and northern France. Cities towns, and villages throughout the Isles are labeled, including London, Glasgow, Edinburgh, Dublin, and Belfast. Counties are identified and shaded different colors to allow for easy differentiation. Mail roads, turnpike roads, and principal cross roads are also illustrated.

This map was created and published by John Cary in 1833. Cary published several editions of this map, the first being 1818, with the current example being the 1833 4th edition. Editions are known from 1818, 1828, 1833, and 1843. After 1843, publication was taken over by George Crutchley, who published his own revised editions in the 1850s. The OCLC catalogs four examples of this map in institutional collections at Harvard, the University of Wisconsin - Milwaukee, the University of Victoria in British Columbia, and the University of Oxford. No matter the edition, this incredibly beautiful map is rare on the market.