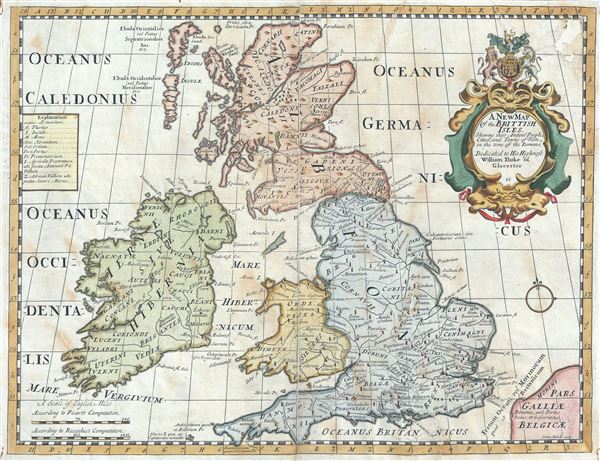 This is a beautiful 1712 map of the British Isles during the ancient Roman times by Edward Wells of Oxford. It covers all of modern day England, Wales, Scotland and Ireland. The map is highly detailed and notes the ancient cities and towns as they existed in antiquity. Rivers, roads and other topographical features are also noted.