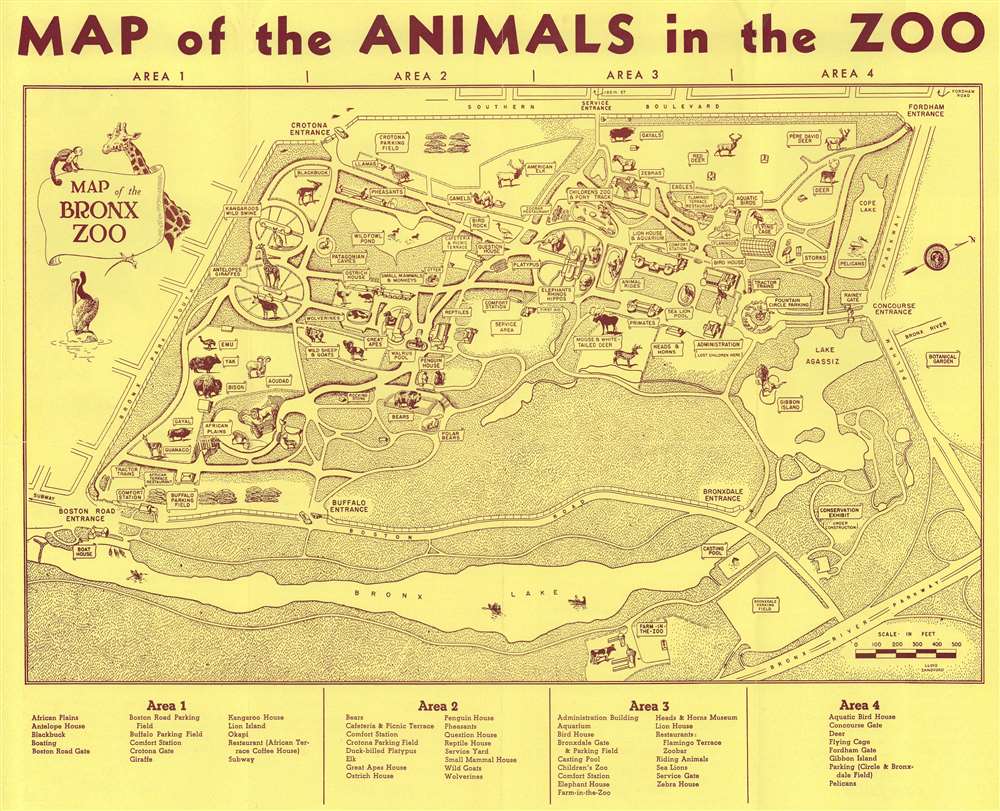 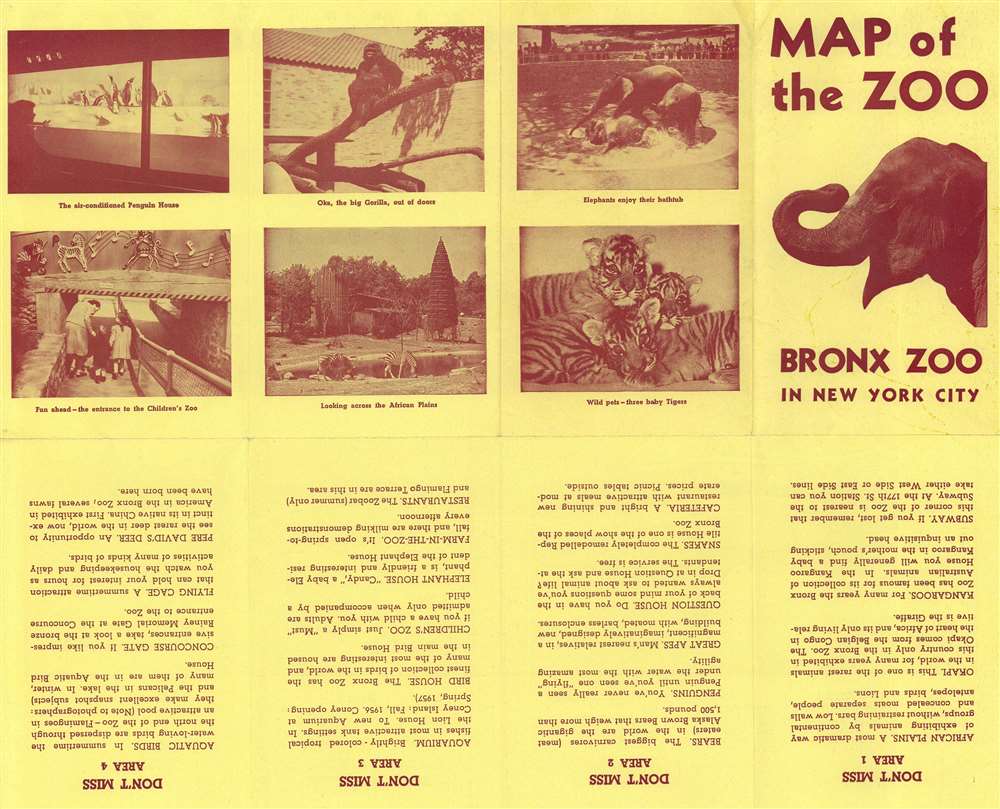 This is a c. 1955 Lloyd Sandford pictorial map of the Bronx Zoo, New York City. Small profile illustrations highlight many of the different species found in the zoo, including their famous bison, giraffe, wolverines, moose, hippos, camels, polar bears, and Pere David Deer. Some animals, including the platypus and the penguins, are mentioned but not illustrated. Four different areas within the zoo are listed along the bottom and present an even more detailed overview of what animals and amenities can be found where.

This map was drawn by Lloyd Sandford and published by the Bronx Zoo c. 1955. We used a reference to the new Aquarium at Coney Island on verso to date the map. We note a single cataloged example of a map bearing this title in OCLC, at the New York Public Library, dated c. 1948.

Lloyd Sandford (1917 - July 26, 1971) was an American artist and illustrator. A professional 'illustrator of nature subjects', Sandford worked as a staff artist for the New New Zoological Society and as an illustrator for college-level zoological texts. He served as the art editor for the New Jersey Audobon Society for many years and also illustrated a variety of animal and nature books. His favorite animal was the puma and he particularly liked shore birds. Over the course of his career he painted over 4,000 paintings for the New York Zoological Society. He served in the U.S. Army during World War II and was sent to the European Theater of Operations. He married Dr. May (Daniels) Sandford, an assistant professor at Montclair State College, with whom he had two children. Sandford died of injuries sustained in a car accident. Learn More...