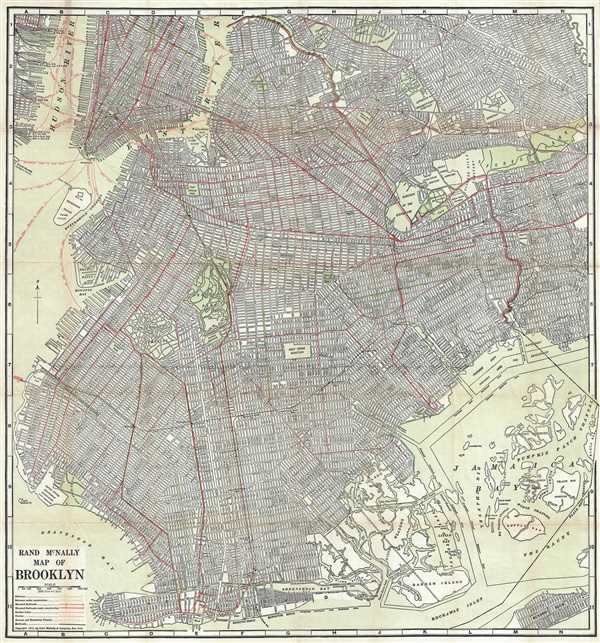 Attractive large format map of Brooklyn, New York. Includes the outer parts of Brooklyn that were incorporated into the borough after the turn of the century.

This impressive map is a large format edition of Rand McNally's 1917 map of Brooklyn, New York. Unlike most earlier maps of Brooklyn, this map covers Brooklyn much as it appears today, extending from New York Harbor to Woodhaven (Queens) and from the Newtown Creek to Coney Island. Communities like Bay Ridge, Bensonhurst, Sheepshead Bay, Canarsie, and East New York, which did not officially become part of Brooklyn until the turn of the century, are fully incorporated into this map. The map identifies all streets and parks, as well as shipping lanes, and important buildings, such as Fort Jay on Governors Island. This map was printed in 1917 by Rand McNally and Company from their New York office.

Very good. Professionally flattened and backed on archival tissue. Some light wear on original folds, especially at fold intersections. Blank on verso.
Looking for a high-resolution scan of this?