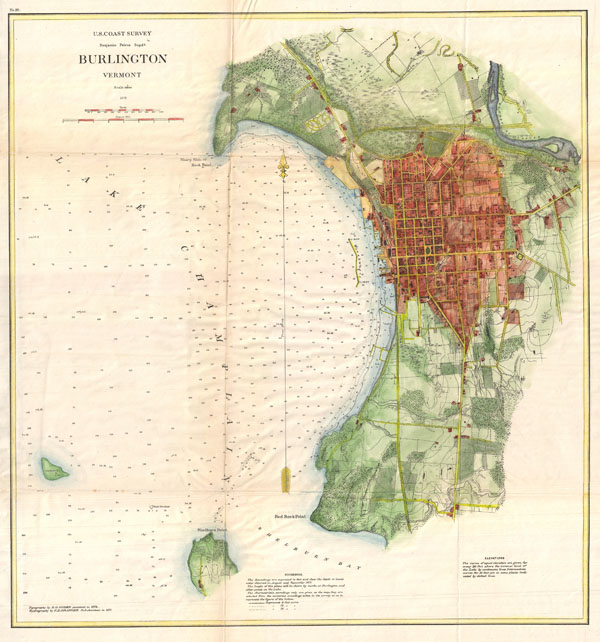 Uncommon nautical chart of the largest city on Lake Champlain.

A very attractive example of the 1872 U.S. Coast Survey nautical chart or map of Burlington, Vermont. This map covers the urban center of Burlington as well as the surrounding areas as far south as Shelburn Point and as far north as far as Rock Point. Offers exceptional inland detail with important building, streets, and property lines shown. In Lake Champlain there are countless depth soundings as well as notes on reefs and shoals. The whole was produced under the supervision of Benjamin Peirce, Superintendent of the U.S. Coast