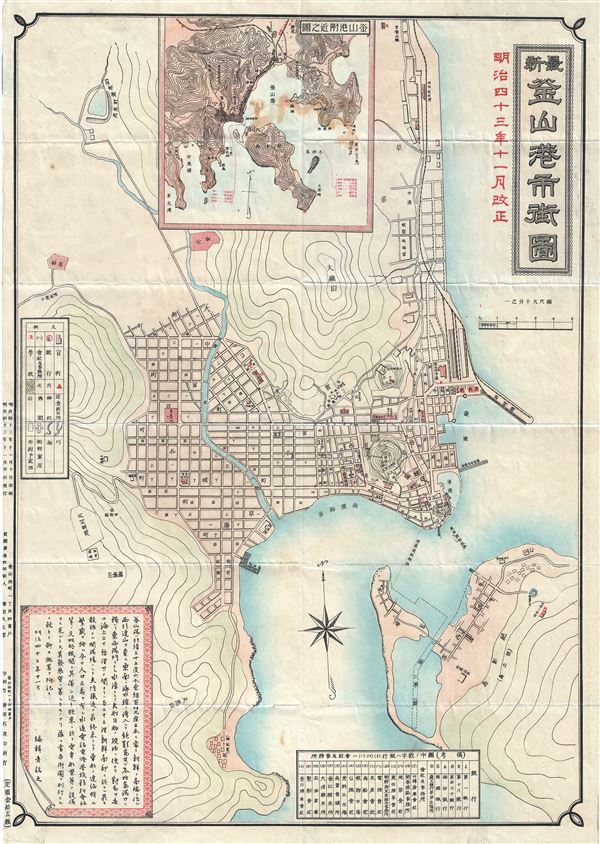 This is a beautiful 1910 or Meiji 43 Japanese map of the Pusan or Busan Harbor, Korea. It covers the Busan Harbor in its entirety. Busan is the second largest metropolitan city and the largest port city in South Korea. This map details the harbor, one of the busiest in the world, noting street grids, individual buildings, piers, rivers, and other important topographical features. An inset map of the region is included near the top border, with a legend near the left border. All text is in Japanese. This map was issued by the Japanese in 1910 or Meiji 43.