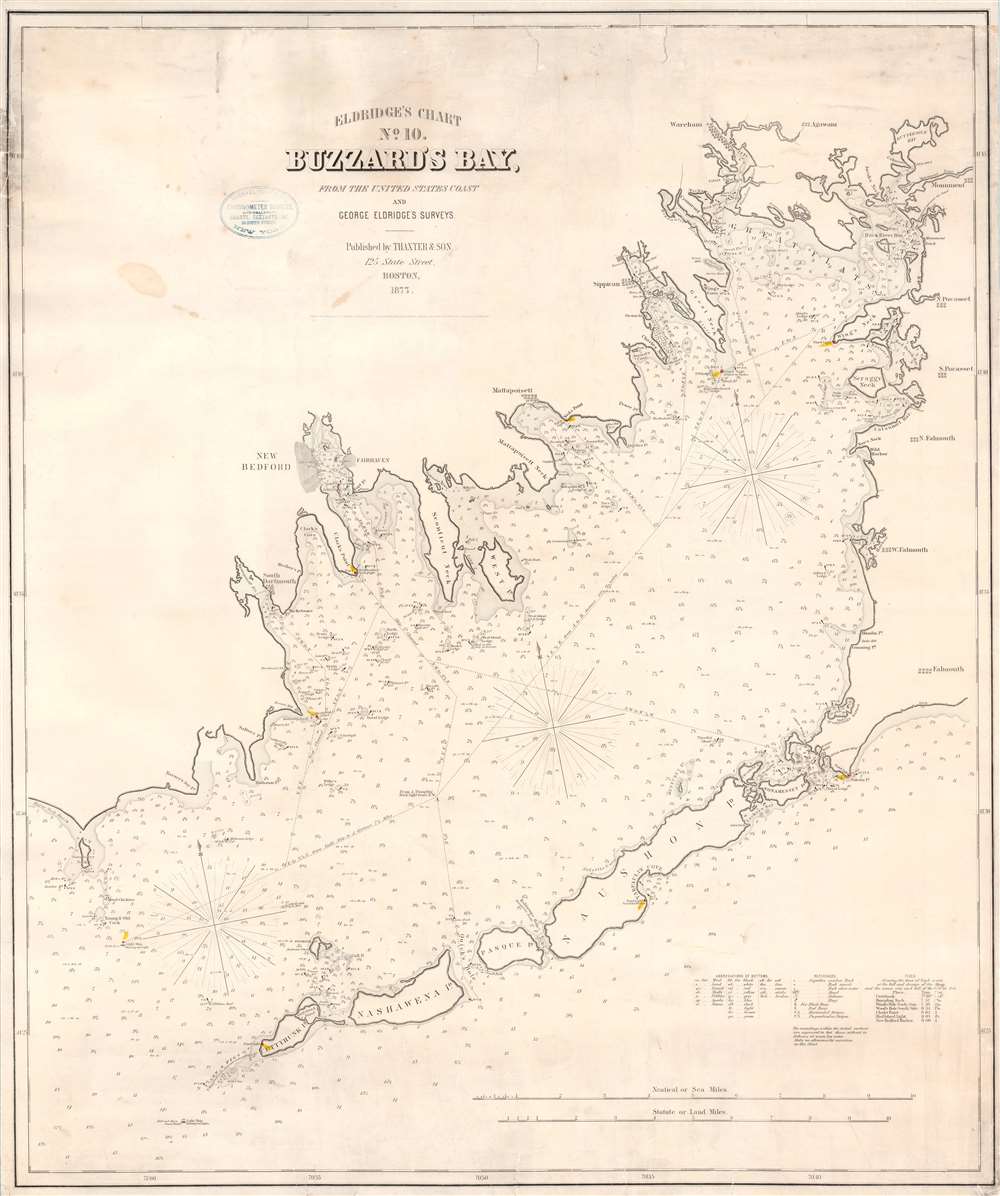 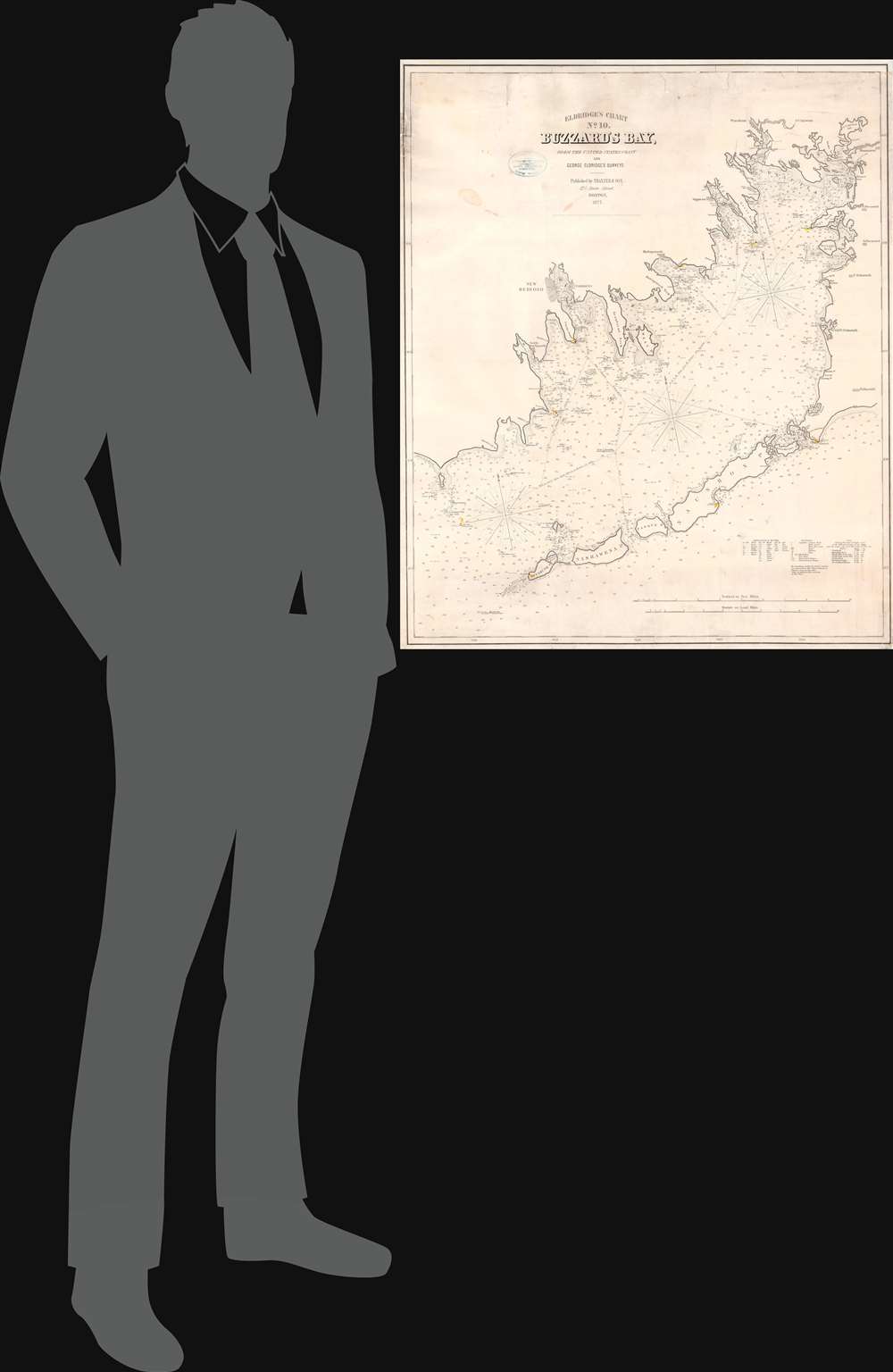 This is a scarce separately issued 1877 George Eldridge nautical chart or maritime map of Buzzard's Bay, Massachusetts. This elegantly produced chart on thick stock depicts from the west coast of Cape Cod and includes New Bedford, Falmouth, Sippican, Wareham, Woods Hole, and Mattapoisett, among other towns. Eldridge provides excellent maritime detail throughout with numerous soundings (in feet) and notations for undersea ledges, shoals, and other dangers. Cartographically this chart is based on the work of the U.S. Coast Survey (U.S.C.S.) as well as Eldridge's own private surveys.

A stamp on the front of the chart identifies the original seller, Michael Rupp and Company. Rupp was a New York City based manufacturer of chronometers (nautical clocks) and chartseller. His offices were at 39 South Street in what is today the South Street Seaport historic district. The verso bears two stamps, one identifying the chart and a second offering a catalog of Eldridge charts numbering 1 through 13, this being no 10.

Eldridge originally published this chart in 1874 in partnership with Samuel Thaxter Cushing. It proved popular through numerous editions until about 1895. The present example, 1877, is therefore an unusually early edition. Three examples of this map are cataloged in OCLC and represent editions published in 1885 and 1896. An example dating from 1876 is part of the collection at the Leventhal Map Center at the Boston Public Library.


Samuel Thaxter and Son (fl. 1792 - 1916). Samuel Thaxter (1769 - 1842) is the founder of a Boston dynasty of manufacturers of mathematical instruments and nautical charts. He founded the firm in 1792 and is first referenced in the 1796 Boston Directory. Around 1822 he incorporated his son, Joseph H. Thaxter (1801 - 1835), into the business renaming it 'Samuel Thaxter and Son'. The firm would retain this name for the remainder of its existence. This successful business was subsequently passed to Joseph H. Thaxter's son, Samuel Thaxter Cushing (1821 - 1882), in 1843. It was Thaxter Cushing who developed the firm's publishing arm, partnering with the Boston nautical chart maker George Eldridge. They are best known for 13 large format blueback charts focusing on the east cost of the United States published in the second half of the 19th century. They also published numerous smaller maps and pilot books. After Thaxter Cushing died the firm was taken over by his widow, Abby C. Cushing, who managed it until 1905. It was subsequently managed by Herbert Risteen Starratt and continued to be registered in the Boston Directory until about 1916. Learn More...