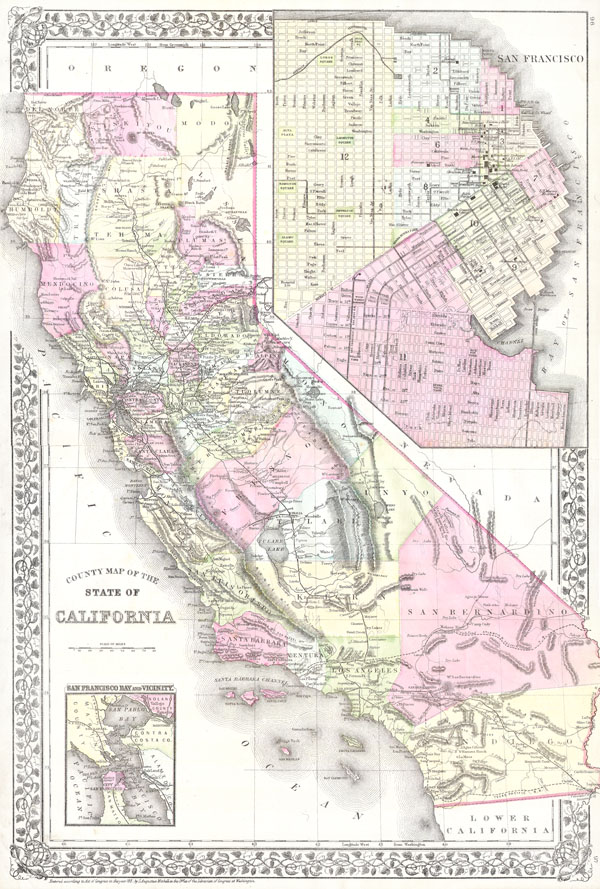 This hand colored map is a lithographic engraving, dating to 1881 by the legendary American Mapmaker S.A. Mitchell, the younger. It represents the state of California. Includes a large and detailed inset of the city of San Francisco. Streets, trains, and even important buildings are clearly labeled. Dated and copyrighted 1881.