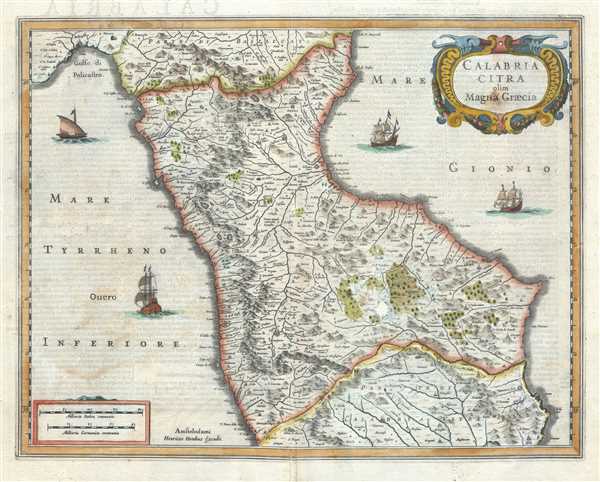 This is a scarce c.1620 map of the northern part of Calabria in southern Italy by Henricus Hondius. It covers from Policastro Bussentino south to Capo Colonna. The entire map is depicted in extraordinary detail, offering both topographical and political information, with mountains and forests beautifully rendered in profile. Four ships are seen sailing in the surrounding waters and a beautifully engraved title cartouche adorns the top right quadrant of the map. This map was issued by Hernricus Hondius in c. 1620.

Very good. Verso repair over loss near center and lower right quadrant with some fading. Some damage near southern boundary, repaired on verso. Professionally flattened and backed with archival tissue.