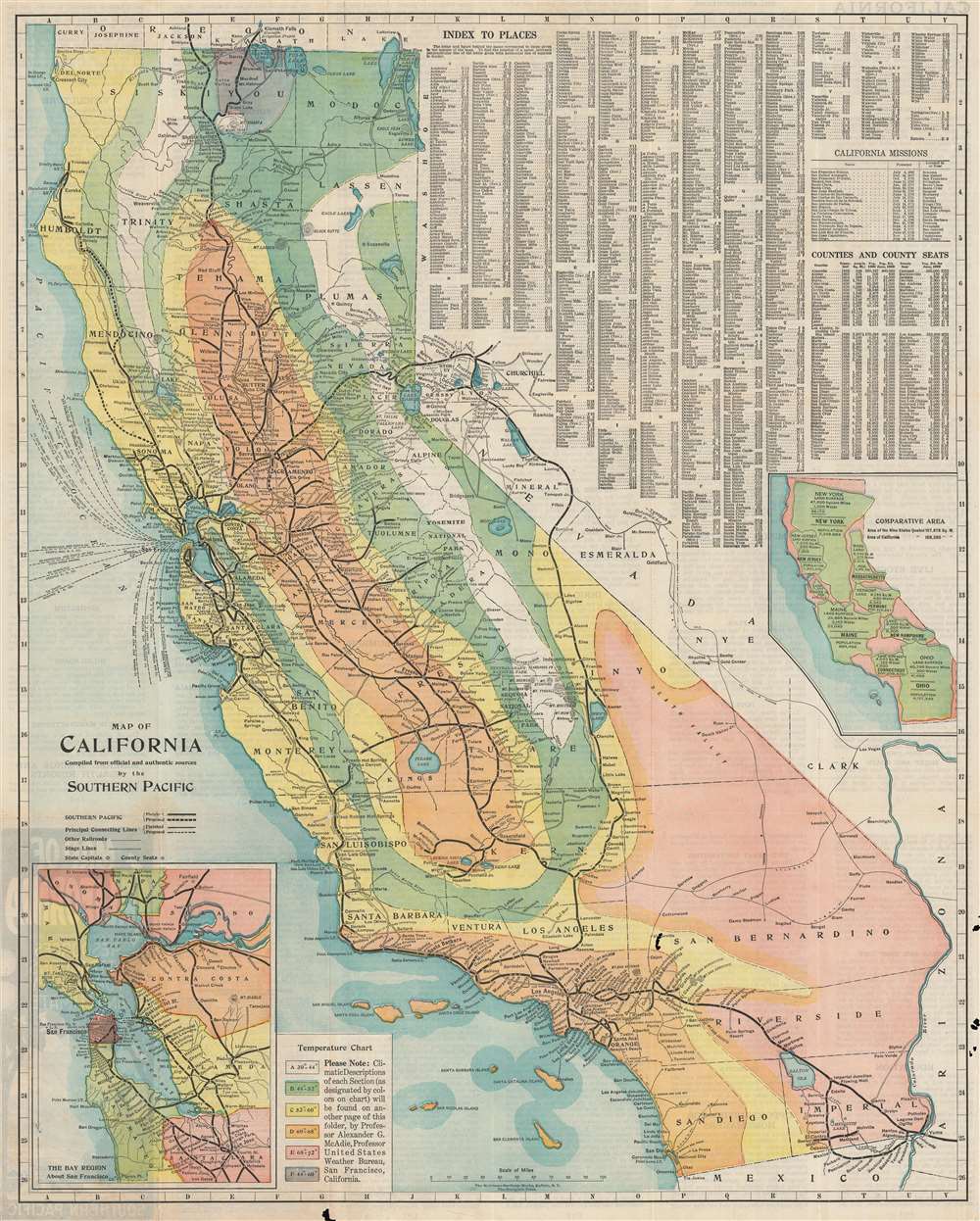 A climate map that highlights average temperatures throughout the state.
$400.00

This is a 1910 Matthews Northrup and Southern Pacific climate map of California. The map depicts the region from the Pacific Ocean to Nevada and from Oregon to Arizona and Mexico. Six different colors are used to highlight different average temperature zones within the state, allowing the viewer to form some idea about the climate in any given part of the state. A chart providing the temperature range associated with each color is situated in the lower left corner, next to an inset map of the San Francisco Bay Area. Myriad cities and towns are labeled throughout, but the most detail is included along the thick black lines which represent the route of the Southern Pacific Railroad. The thinner black lines are connecting rail lines. The upper right quadrant is dominated by an index of place names which provides the grid location for innumerable cities and towns in California. A second index provides the names of the counties and the county seats. A second inset map situated along the right border compares other states in the U.S. with California, both in terms of square miles and population.

This map was created by Southern Pacific and published by Matthews Northrup in 1910. We are only aware of one institutional example, part of the collection at the Huntington Library.

Good. Closed margin tears professionally repaired on verso. Verso repairs to fold separations. Exhibits loss at some fold intersections and along margins. Text on verso.
Looking for a high-resolution scan of this?