1881 Mitchell Map of California with Inset of San Francisco and S.F. Bay 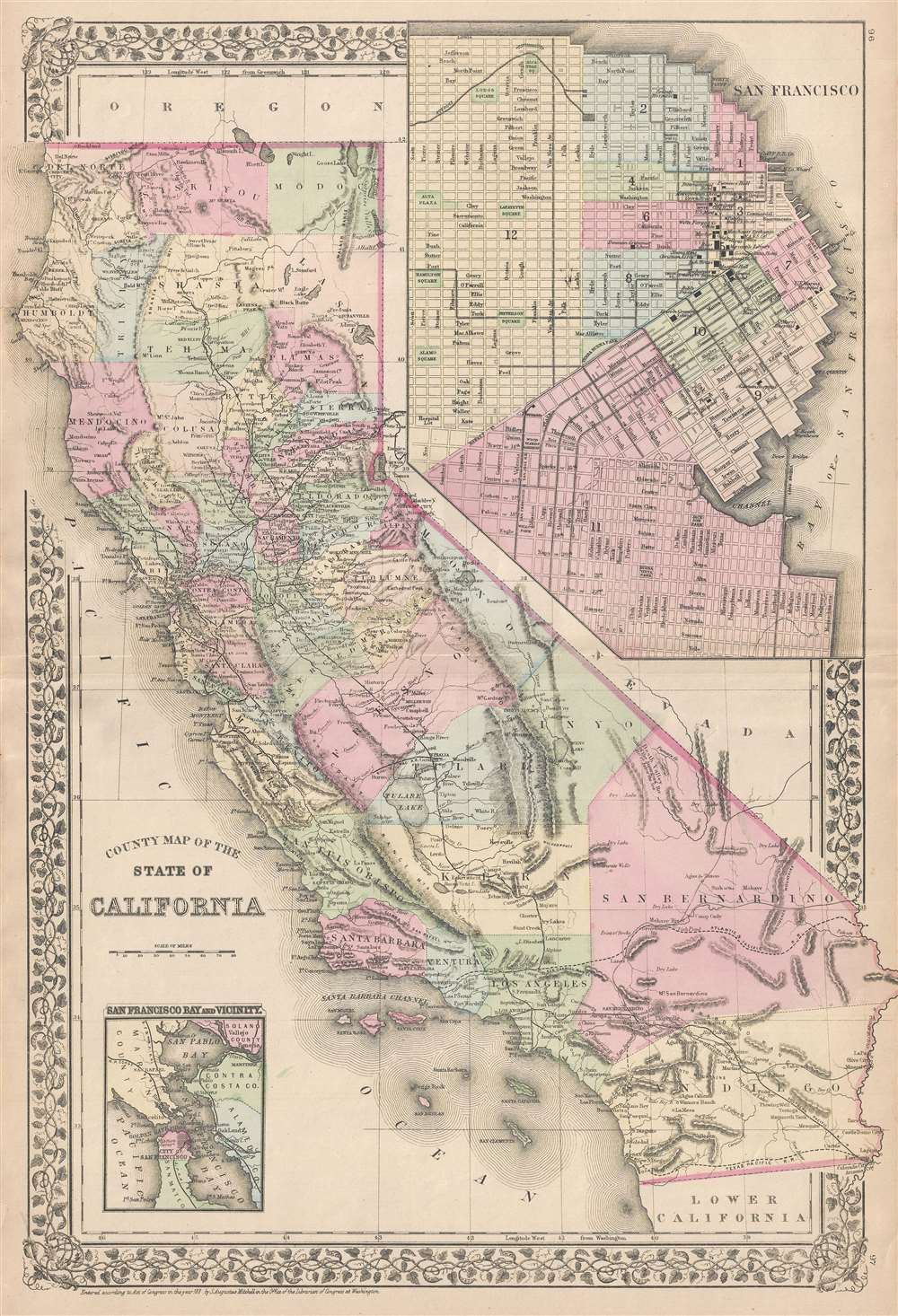 1881 Mitchell Map of California with Inset of San Francisco and S.F. Bay

This is an 1881 S.A. Mitchell, Jr. map of California. The map depicts the state from the Pacific Ocean to Nevada and from Oregon to Baja California. Highly detailed, myriad cities and towns are labeled throughout the state. Counties are illustrated, labeled, and shaded different colors to allow for easy differentiation. Railroads are indicated by solid black lines, including the Southern Pacific and Central Pacific. Rivers, lakes, and mountains are also noted. An inset map of the city of San Francisco is situated in the upper right corner. Itself a highly detailed map, streets throughout the city are illustrated and labeled, and city wards are numbered and shaded different colors to differentiate between them, just as the counties are on the larger state map. Several buildings within San Francisco are identified, including the U.S. Mint, the opera house, Union Hall, Lincoln Grammar School, and several markets and hotels. An inset map in the lower left corner takes a wider view and depicts the San Francisco Bay Area from Marin County, San Pablo Bay, and Valejo to San Mateo and Point San Matheo.

This map was prepared by S. A. Mitchell Jr. for inclusion in the 1881 edition of Mitchell's New General Atlas.