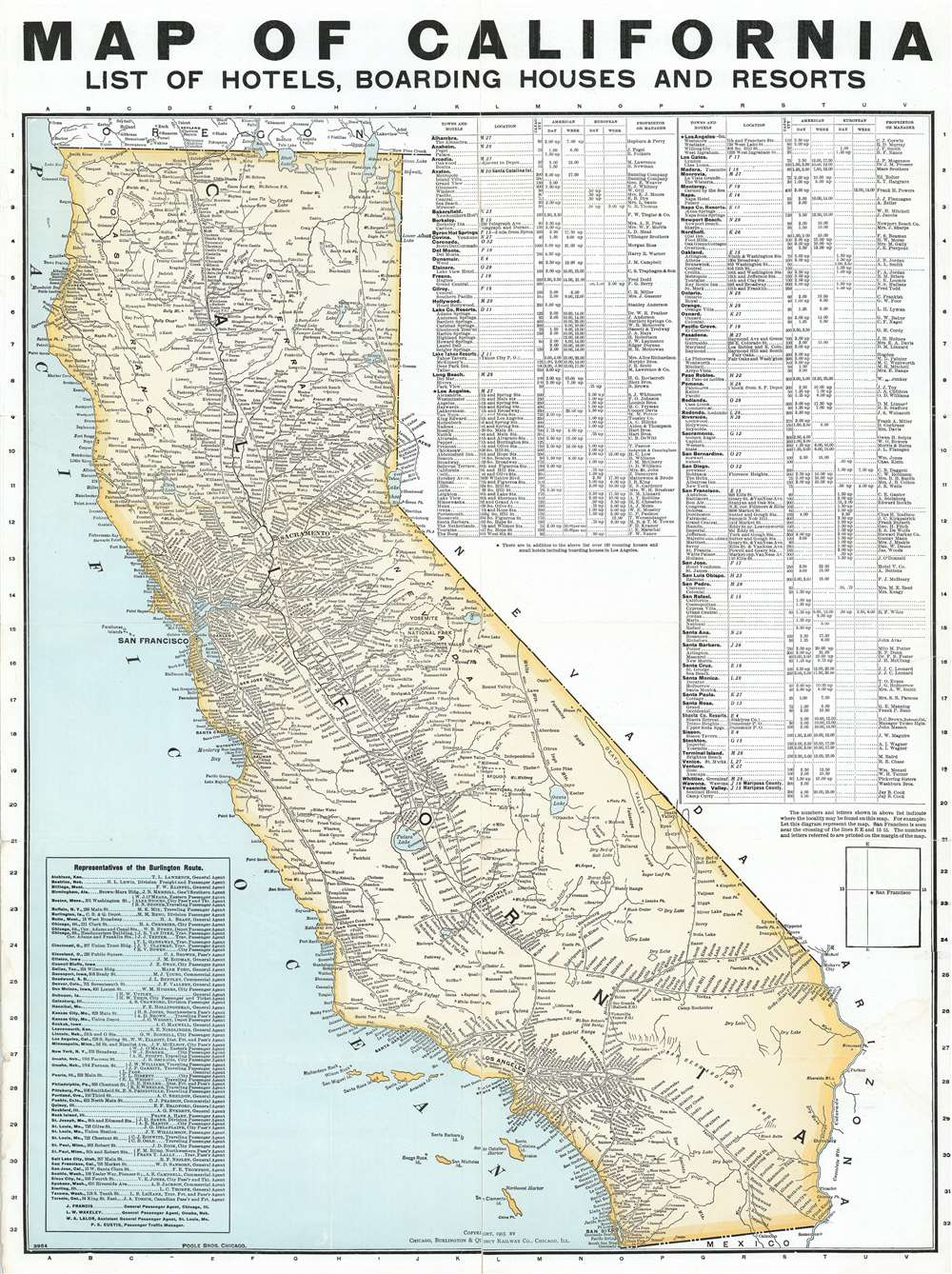 Indexes numerous hotels and boarding houses around California for those interested in traveling to the state by rail.
$200.00

This is a 1903 Poole Brothers railroad map of California featuring an index of some of the many hotels, boarding houses, and resorts throughout the state. The map depicts the region from the Pacific Ocean to Nevada and Arizona and from Oregon to Mexico. Cities and towns throughout the state are identified, with particular attention paid to the stops along the state's many railroads, including Sab Francisco, Los Angeles, and Sacramento. Routes of the Southern Pacific; the Atchison, Topeka, and Sant Fe; the San Pedro, Los Angeles, and Salt Lake; and the California Northern are labeled. The index of hotels is situated along the right border and lists cities in California in alphabetical order, the location, capacity, American and European rates, and the proprietor. A text box in the lower left corner lists the representatives of the Chicago, Burlington, and Quincy Railroad from in alphabetical order by city from Atchison, Kansas to Toronto, Ontario.

Publication History and CensusThis map was created by Poole Brothers and published by the Chicago, Burlington, and Quincy Railroad in 1903. This map was published in at least two states and appears to be rather rare, as this is the only known example and it does not appear in the OCLC.