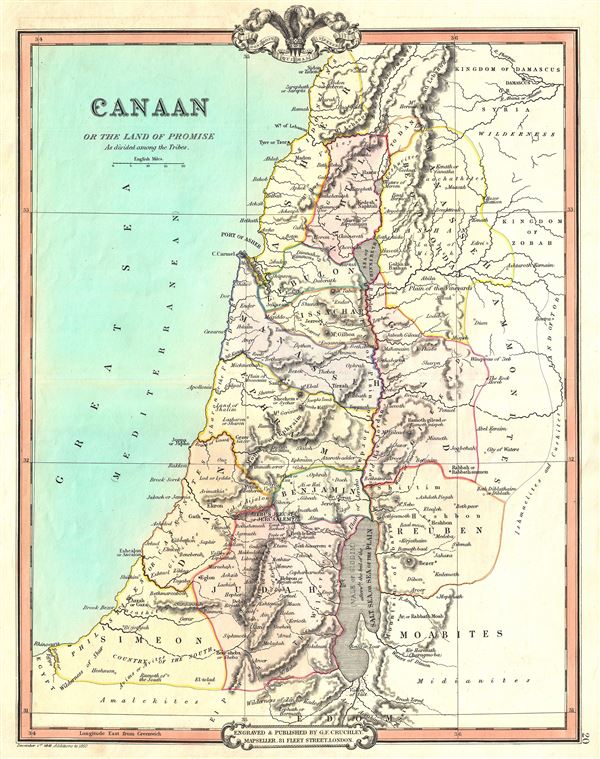 This is a fascinating 1850 map of Canaan (Israel or Palestine) by George Frederick Cruchley. It covers the region as it existed in Biblical times with divisions for each of the Tribes of Israel and includes the modern day nations of Israel, Palestine and Lebanon, as well as parts of adjacent Syria and Jordan. It marks both ancient and contemporary place names as well as the locations of Biblical events and ancient sites. Divided into the areas controlled by the Tribes of Israel, from the north these are Asher, Naphtali, Zebulon, Issachar, Manasseh, Ephraim, Benjamin, Dan, Judah, Simeon, Reuben, Gad and Manasseh Beyond Jordan.