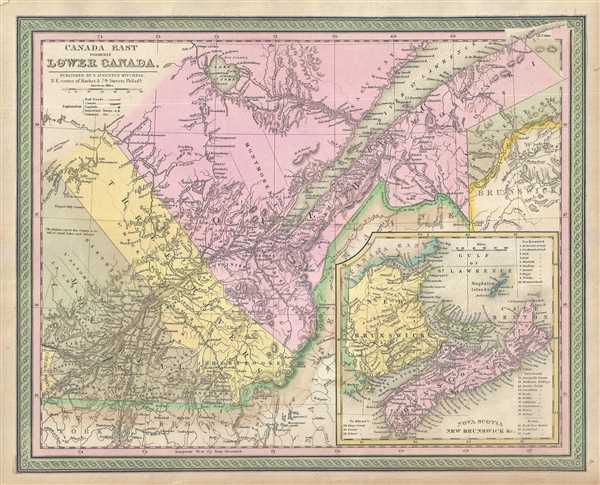 This is a beautiful example of Samuel Augustus Michell’s 1849 map of Lower Canada or Quebec, Canada. Centered on the St. Lawrence River Valley, this map covers from Montreal to the mouth of the St. Lawrence, north as far as Lake St. John and south to the United States border. In the lower right quadrant, a large inset details the Maritime Provinces of New Brunswick, Nova Scotia, Cape Breton and Prince Edward Island. The whole is engraved and colored in Mitchell's distinctive style with green border work and vivid pastels. Political and topographical features are noted and color coded with elevation rendered by hachure.