1912 Poole Brothers Railroad Map of the United States and Canada 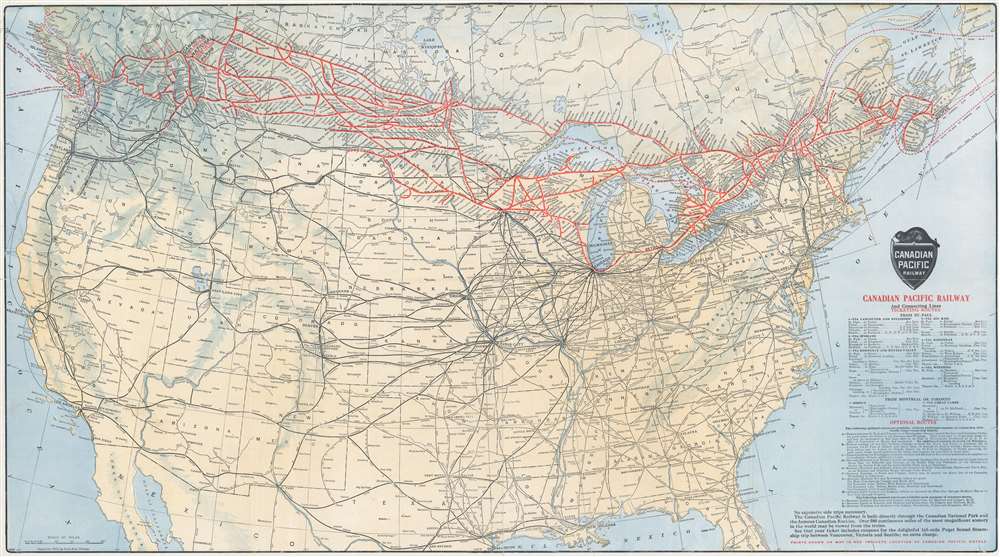 1912 Poole Brothers Railroad Map of the United States and Canada

This map was created by Poole Brothers and published by the Canadian Pacific Railway. Several editions of this map were published both before and after 1912. A single example of this 1912 edition is cataloged in OCLC, part of the collection at Stanford University.