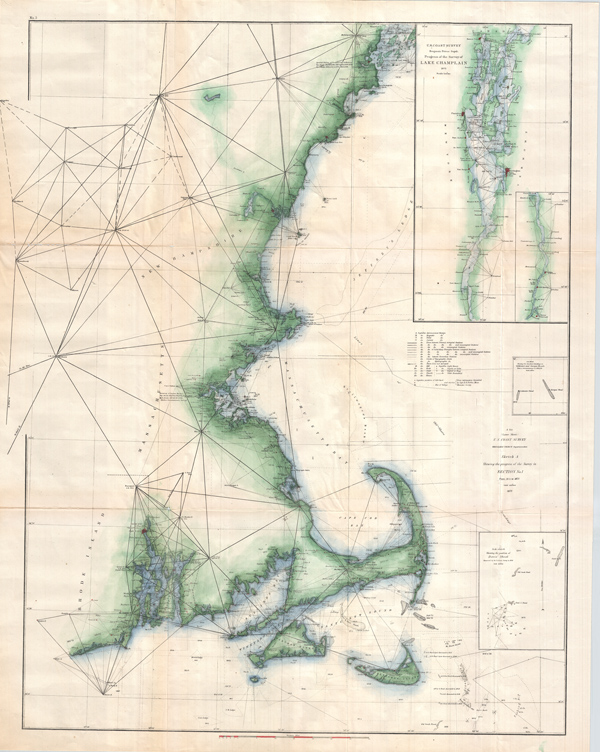 An exceptional example of the 1873 U.S. Coast Survey's progress nautical chart for Massachusetts and Maine. Covers the coast line from Narraganset Bay (Rhode Island) eastwards past Martha's Vineyard and Nantucket then north to Cape Cod, Boston Harbor, Cape Anne, Portsmith (New Hampshire) and Portland, Maine. Includes Providence, Provincetown, Boston, Portsmith, and Portland. Shows triangulation points throughout the regions as well as all major islands, rivers, and inlets. Lighthouses, ports, cities, beaches, and other sites noted. A large inset map in the upper right quadrant details Lake Champlain, showing both Burlington and Plattsburg. Prepared under the supervision of A. D. Bache and Benjamin Peirce for the 1873 Superintendent's Report.

Very good. Original fold lines exhibit some brittleness, wear, toning, and verso reinforcement. Blank on verso.
Looking for a high-resolution scan of this?