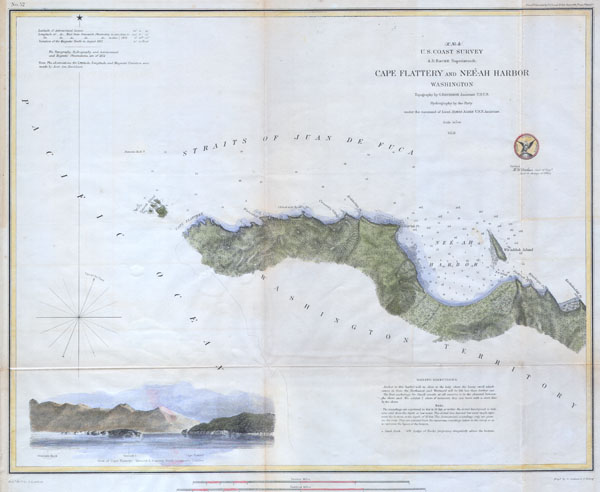 Offered is a rare nautical chart of Cape Flattery and Nee-ah Harbor on the Juan de Fuca Straights, Washington State. Cape Flattery is the furthest northwest point in the contagious United States. Here the Straits of Juan de Fuca empty into the Atlantic. Cape Flattery is also part of the American Indian Makah Reservation and the northernmost point of the Olympic Coast National Marine Sanctuary. Today Cape Flattery and Nee-ah Harbor are part of the Olympic National Forest and known for the dramatic offshore Fuca rock formations. Map features hand coloring and a view of Cape Flattery and Tatoosh Island. Also includes detailed sailing instructions. Printed under the direction of A. D Bache in 1853 for the U.S. Coast Survey.