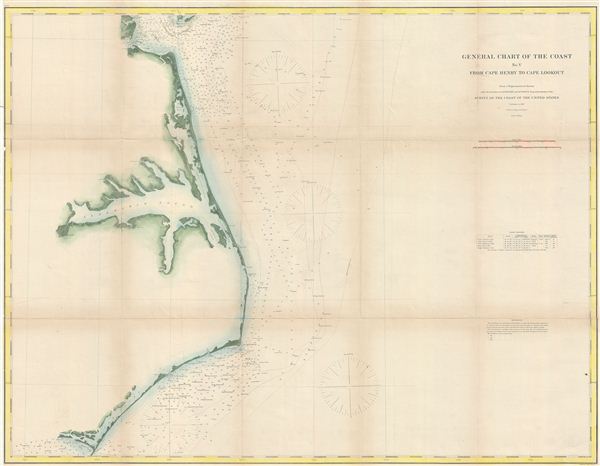 A fine example of the 1867 edition of the U. S. Coast Survey's General Chart of the Coast No. V. The chart covers from the entrance to the Chesapeake Bay and Cape Henry southwards as far as Cape Lookout, including Albemarle Sound and Cape Hatteras. The chart features countless depth soundings throughout as well as notes on soundings, lights, and shoals. Most of the cartography for this chart was competed under the supervision of A.D. Bache, however, before it was published superintendence of the survey had passed to Benjamin Pierce, who published it in the 1867 edition of the Superintendent's Report.

Very good. Backed on archival tissue for stability. Left margin narrow. Some wear on original fold lines.
Looking for a high-resolution scan of this?