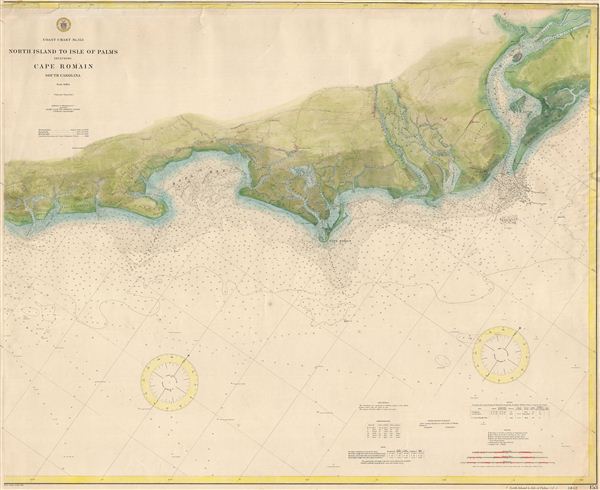 A scarce and exceptionally fine coastal survey chart or maritime map of the South Carolina coast in the vicinity of Cape Romain. The map covers from The Isle of Palms past Bull Bay, Cape Romain, and the Santee River as far as the Winyah Bay and the city of Georgetown. The coast survey began its work on this region in the early 1850s, with this chart slowly taking shape following the Civil War, then throughout the late 1860s and 1870s. This chart acquired on its present form in 1903. The present example, published under Coast and Geodetic Survey superintendent O. H. Tittmann, has been updated to 1909. The chart was finally registered with the Coast Survey as chart no. 153. This is notably a working sea chart that was used by a Connecticut lumber company to transport its goods from New england to Florida.